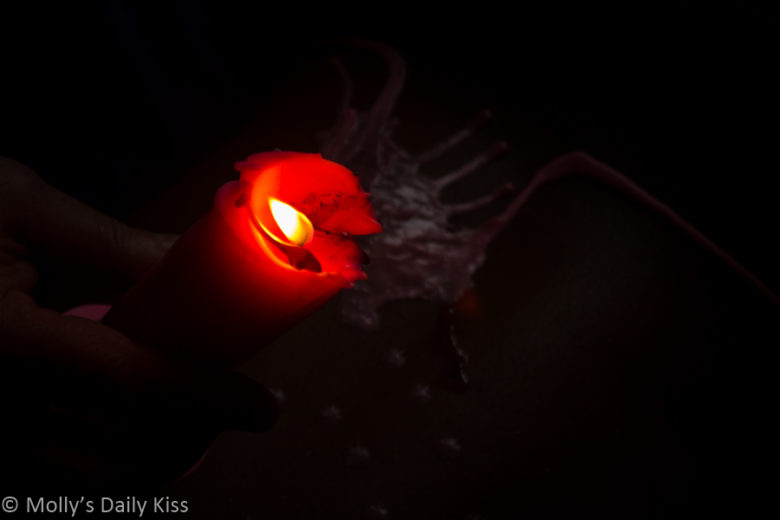 “They say there are monsters out here.” He pushed a branch out of the way, barely holding it for her before continuing on. “Some big, hideous creatures. Trolls or ogres or something that liked to kidnap and eat people.”

Samantha rolled her eyes at Matt. If he was trying to scare her, he was doing a shitty job of it. Not a lot freaked her out and his attempts at it were lame. She wasn’t sure why she kept going out with this idiot. He was loud, inarticulate, and didn’t enjoy any of the things she liked. Who didn’t like reading? Samantha blamed it on boredom because sitting in the house every night got old.

“That’s sounds like some folklore bullshit, Matt. Or something you saw on that weird mystery show you watch.”

“You’re no fun, Sam.” Matt pushed another branch aside and she had to put her hand up to keep it from smacking her in the face.

“Samantha, dickhead,” she mumbled under her breath. Louder, she asked, “Where are we even going?”

“The party is up ahead.”

A party, in the middle of the woods. Everything about that sounded unappealing. Samantha should’ve stayed home. Really she should’ve ended this dating attempt instead of pretending interest. She’d be home reading a book not trekking through the fucking woods in the cold.

A sound rippled through the trees. Not a growl so much as a low vibration you could feel in your chest. Samantha stopped and looked around

Everything looked calm enough though the moonlight had disappeared, making it darker than before. She turned and Matt was far ahead of her. He was fucking with her again. She screamed after him as he disappeared down the path.

“Real funny, douchebag. I’m going to go home if you’re going to act like an ass.”

She turned around to start back down the path. The sound came again, louder and closer. Samantha scanned the path as she walked.

“Stop. It.” She pushed through a couple of branches. “It wasn’t funny the first time you did it, dickbag.”

She was breaking this off. Sitting inside reading was way better than than dealing with an asshole.

She meandered down the path. The car couldn’t be that far. She was glad she’d decided to meet him there instead of picking her up. The last thing she needed was to be stuck waiting for that idiot to show back up.

A branch smacked her in the face, scratching a line down her cheek. She hissed at the sting, a few trickles of blood oozing out of the cut. Great, what a souvenir to get from such a shitty date. She grumbled to herself as she continued on, paying no attention to the otherwise still forest or the unnatural breeze.

Samantha wiped at her face, surprised by how much blood she wiped away. A breeze blew by that ruffled her hair. The temperature dropped within seconds she was glad she’d worn a jacket in spite of how warm it had been.

The breeze blew again much stronger. Samantha went to take another step through some close set trees, but something snagged at her waist. She reached down to tug at whatever held her, but it wouldn’t budge. Expecting a tree branch, the sight of a claws buried in the side of her jacket didn’t compute for a beat. Her scream was cut off by a hand across her mouth. She turned frantic, kicking out and scratching at the hand holding her. It was useless and Samantha was dragged off into the darkness.

Trees moved passed her eyes in a blur. She fought all the way, right until they entered a cave and the temperature plummeted to freezing. Catching a bit of skin between her teeth and sank them deep. It earned her a scary snarl and her back slammed back against a rock wall. The breath was knocked out of her, sending her head spinning.

It took a moment for her vision to clear and adjust to the darkness. When it did, she snapped her eyes shut to avoid seeing.

She opened her eyes again and the terrifying sight was there again. Blood red eyes stared back at her.

It, he leaned in, bringing a too pale face into her focus. High cheekbones and a sharp nose were set in an almost gaunt face. He smiled at her and revealed long white canines that Samantha had no doubt were sharp. She tried to lash out as fear flooded her.

A hand gripped her throat. Tight and then tighter still until she could barely draw in any air. Her face was tilted up, the red eyes drawing closer. She felt the cold air on her mouth before the wet rasp of a tongue licked at her scratch. She heard and felt his moan of pleasure, the latter a vibration under her skin.

“You taste…” He rasped out before licking again.

His body pressed closer, flattening her into the rock. He’d not loosened his grip and Samantha found herself scratching weakly at his hand.

When he released her neck, she drew in a ragged breath. She’d barely had time to find another before he turned her head sharply and sniffed along her neck.

“More.” The word was growled into her ear.

The sound she’d heard earlier surrounded her then. It raised the hair on her body and made her heart skip. She didn’t even register the cold air on her legs until he was lifting them to step between.

One hand gripped her thigh, prying them further apart. With no preamble he sank into her cunt. She lifted her head, baring more of her neck as her pleasure amplified.

She was sightless. Everything narrowed to his teeth and his cock penetrating her. He wasn’t gentle with her body, fucking her into the rock, ensuring she’d bruise. She could hear him swallowing, something he timed with his thrusts.

The words were barely a whisper as they left her lips. She’d die of this pleasure. The stretch and rub of his cock each time he entered her body guaranteed she’d explode into a million pieces soon.

“You should’ve listened—.” She lost consciousness before he finished.

Clicking on the bathroom light, she stopped at her appearance. She touched at the deep bruise on her neck. Leaning in, Samantha just made out the teeth marks. Her heart dropped.

Glowing red eyes appeared in the mirror and she screamed. Turning, she saw nothing behind her and clenched her chest. Her heart refused to settle even as she tried to calm herself.

“Just a dream.” The words were an unconvincing whisper.

About 3 hours ago from Cara Thereon's Twitter via WordPress.com