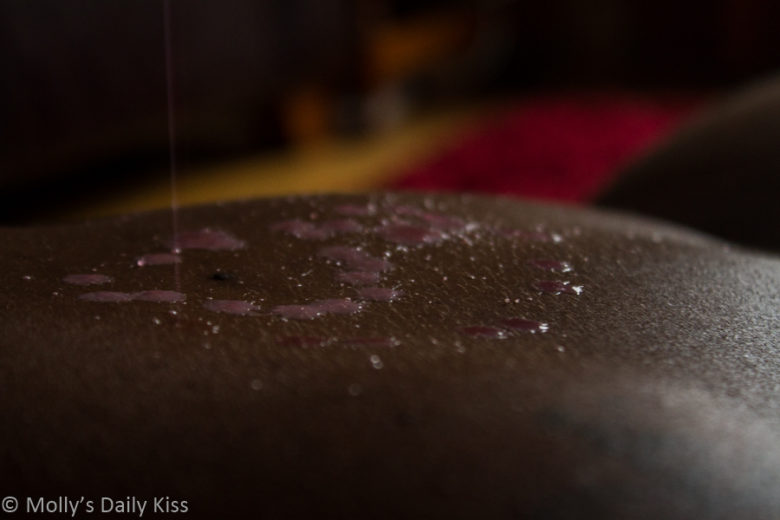 This will cover my missing O and Z. And completes A-Z AND Camp NaNo for me. I’ll count it all as a victory

“Christ.” Franco wiped his hand on his already filthy trousers. “I hate the whiny ones.”

Standing, he took a step back to avoid the blood spreading along the white tile before he ruined his loafers. If the mark had listened to him and gone into the bathroom, this would’ve been a much cleaner kill. Franco couldn’t understand why they never picked correctly when he offered them the option of a much neater, quieter death. Usually all they did was scream, beg, and make a big mess.

“Done.” The call disconnected the second he uttered the word.

Tsking at the blood and brain matter covering the floor, Franco went out to his car to retrieve his gear. It was tedious when they got too messy. It meant he had to spend time cleaning up after he reported back.

His phone rang when he got to his car, but he ignored it. He needed thirty uninterrupted minutes to complete this task or he wouldn’t feel like the job was done correctly. Franco was a perfectionist when it came to this stuff. He didn’t exactly leave the place spotless, but he preferred cleaning up himself over having those sloppy idiots from the company show up. They always left tons of obvious gore in the cracks. Want something done right? Do it yourself.

Franco was elbow deep in viscera when his phone rang again. There was no way he was unzipping his jumpsuit or taking off his gloves. He only allotted one pair per job. Anymore was wasteful and he hated waste. He also hated being interrupted and yet people did it constantly.

It took him exactly thirty minutes to the second to bag the body, toss it in the trunk of his car, and clean up the splatter. He was whistling to himself as he washed his hands in the sink when the phone rang again.

“What?” He just stopped himself from cursing.

“Is that how you always answer the phone?”

Franco didn’t recognize the voice, which only served to irritate him more. He didn’t have patience or time for this. There was work to be done.

“State your business or stop wasting my time.”

A low chuckle filled the line. Franco grit his teeth and gripped the steering wheel hard. Too many needless distractions impeding his work. Do people not understand the importance of order?

“Don’t go yet.” The humor had evaporated from the person’s tone. “Can’t have you leaving too soon before the fun could begin.”

Franco glanced at his watch and growled in frustration because he was late for his next appointment. If he didn’t get to the park in fifteen minutes, he’d miss his mark. He loathed being late, but he hated missing appointments even more. Then he’d have to hunt the mark down and all that meant was a big mess. He threw the car into gear and set off.

“Aw, Franco. You wouldn’t help an old friend out? I thought we were close.”

It was on the tip of his tongue to tell the person to fuck off. He had few friends and fewer still who knew what he did for a living. Less who had this number and would call him during a job.

Traffic was surprisingly light so he arrived at the park within minutes. It was empty, which suited him just fine. Made picking the guy off that much easier. First to deal with the annoying caller.

“I don’t know who the fuck you are, but I’m done with this conversation.”

“Time for work again?” That made him halt his exit from the vehicle. “Will you make another big mess this time?”

“I don’t make a mess! No one listens when I give them cleaner options. But forget that, how the fuck do you know what I do?”

That laughter floated across the line and Franco clenched his fists. This guy was playing with him.

“We are the same type of people, Franco. Killers for hire. Like knows like, don’t you think?”

Frustrated by the run around, Franco hung up the phone. Sitting still for a moment, he searched his brain for who the caller could be but came up blank. It made him angry because not only had this thrown him off, but it had messed up his tight schedule.

A ping sounded that said he had a text. He got out of the car to grab his bag from the back seat, double checking his weapons before reading the text. Number unknown.

When the killer becomes the mark.

Franco looked up when he felt the pain cut through his chest. Blood bloomed on his shirt, spreading out like his shock. He couldn’t fathom why or how. Sliding to the ground, he leaned against the side of the car. Things were dark around the edges and his blood felt thick and slow in his veins.

The phone pinged in his hand and he lifted it to look. Promise not to make a big mess when I clean up. Have a nice sleep, Franco.

He didn’t even hear the phone when it clattered on the pavement. All he could think as he died was that this wasn’t in his schedule for today.