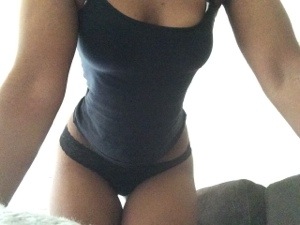 “Can I get thirty dollars on pump,” she turned to glance through the window, “one?”

She tried handing the guy her credit card, but he just turned and spit a brown stream into a bottle near where her hand rested. This guy was about as backwoods as it got. The amount of John Deere apparel he wore went well with the thick black beard covering his chin.

Tapping the water-stained sign on the counter, he spit another stream before replying. “Cash only, lady.”

There was zero cash in her purse and she was nearly on empty.

“Is there another station? Or an ATM, maybe?”

He cracked a smile and she was shocked to see straight white teeth shine from between his lips.

“I’m the only station for fifty miles.”

She tucked her card into her back pocket, sighing in frustration. What a position to be in. She’d made the mistake of going the back way to get to her mother’s and boy was she paying for that choice. Reception had been nonexistent around the same time the road went to single lane.

She tried to think of a viable solution. “Do you trade? I’ve got some jewelry worth at least a tank of gas. I’m desperate.”

He laughed, deep and long, making her grit her teeth.

“Do I look like I need some girly necklace?” He gave another short laugh before moving from behind the counter. “I do trade other things though.”

He was bigger when he stepped behind the counter, his bulk made up of muscle and fat. The smell of nicotine rolled off him the closer he walked. He stopped before he was in her personal space.

His eyes scanned her frame as he leaned against the counter. “And I’ve got gas a plenty.”

“Then let me have a little.” She was hopeful even as she decided what she’d do if he asked what she knew he would. “And I’ll be on my way.”

“Hard thing is…” His hand went to the bulge at his jeans. “I have a business to run and I can’t be just givin’ my gas away.”

She crossed her arms and considered her options. He didn’t block her exit, didn’t come too close. He squeezed his cock through his jeans.

“Come on, honey. All you’re doing is paying for a tank of gas.”

She may be backed in a corner, but she was still in control. Approaching him, she stepped right into his space, close enough that the smell of dirt and chewing tobacco surrounded her. Her fingers found his wrist, sliding down to push his hand away from his fly. She brushed her cheek against his beard as she lowered the zipper.

“Hey now.” He tried to push her to her knees, but her hand was firm around his cock.

“No, let me.” She licked her hand before gripping him again.

His low groan vibrated through his chest into hers as she pressed into him. She kept her grip firm, the feel of his skin and veins on her palm exhilarating. His grunts and moans in her ear sending shivers of pleasure down her spine.

“Fuck, I’m going to come.” The breathless surprise in his voice made her smile.

She increased the movement of her hand, loving the jerk of his hips and the grip of his arm around her waist.

He came with a choked gasp, the splash of it on the linoleum floor loud. She turned her face to run her nose along his ear.

“Thirty dollars on pump one, please.”