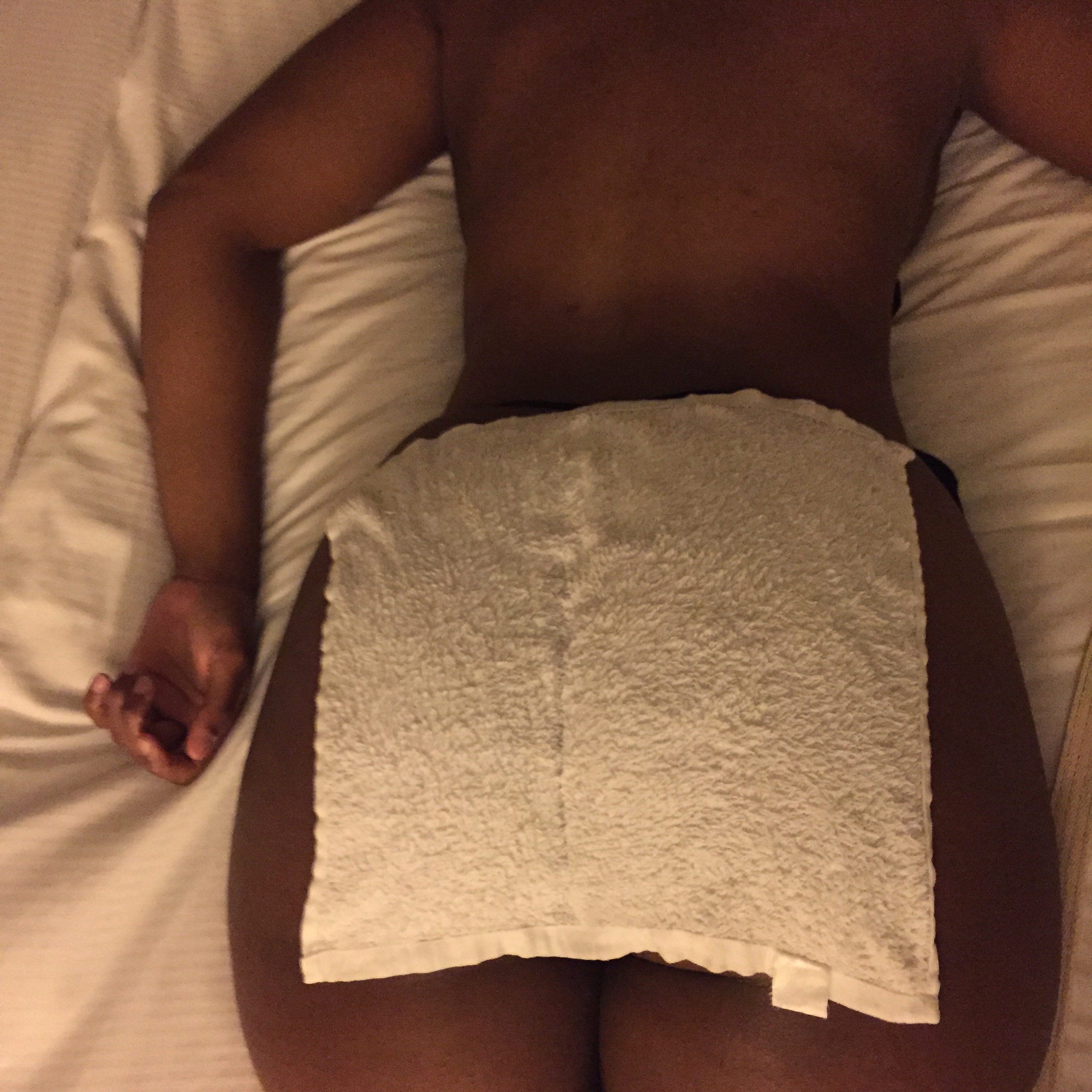 I asked on Twitter what I should write about today. As an aside, I’ve been sleeping terribly lately (when I’m not already up overnight for work). You just don’t realize how pivotal sleep is to creativity at times until you’re struggling to get adequate amounts. Anyway, the poll options were for a filthy story, a recounting of my favorite spank session, a picture, or a meme of Twitter’s choice. The winner?

To be fair, even as I wrote that, I knew it wouldn’t just be my favorite session, but the experience with a spanker, as a whole, that I enjoyed the most. I travel for a living so I have the opportunity to experience the kink scene in a lot of places. Some places, kink is easier to access then others.

Out west, I found going to open parties much easier. I saw something for a spank party (I need more opportunities for that type of play now) on fet and jumped at the chance. It was at a local dungeon/play area and was monitored really well by the designated monitors so I felt pretty safe playing with strangers. The first guy, asked me but didn’t seem that interested in me personally. It wasn’t a bad spanking experience, especially as it had been a while since the last time I’d had a decent spanking. It was just awkward because the chemistry wasn’t really there. I thanked him and went to hang out by the food because I figured that was it. Everyone else seemed to know each other so I figured my odds weren’t good.

Later, I was approached by an older guy. Probably early 40s to my late 20s. He was slim, shorter than me, and Eastern European. He had a presence about him, definitely a Dom in the way he talked. Quiet and sure, but very direct and confident. He asked me if I’d be interested in a spanking and I agreed.

I knew from that first encounter he would be someone perfect to play with regularly. I can tell you we played in a room with a big four poster bed. He spanked me over his knee and then bent me over it to use one or two implements on me. While he wasn’t necessarily my type, there was this underlying tension or attraction that just worked. His style was much more punishment/discipline, so nothing was soft. It was good, so good in a way the first spanking wasn’t.

We exchanged emails and I ended up meeting with him at least once a week for months. Another local play area had space you could rent during the day. Unmonitored rooms with tons of implements and equipment. I looked forward to those meetings every week. I tried every implements with him, including my first encounter with the cane. The marks and the headspace it all put me in was delicious.

He was in a relationship and, at least per him, his partner wasn’t interested in kink but was okay with him having that need met elsewhere. There was no sex and I stripped down until all I had on was my underwear. I didn’t want sex with him, but there was something about the dynamic that flipped a lot of switches for me. Clothed, dominant male that hurts me in a way that turns me on, but does nothing to relieve that obvious sexual tension between us. That’s my fantasy played out.

I remember at the end of one session, he made me get on my knees and rest my head in his lap. His jeans were dusty and I could smell sweat on him, I could feel his cock against my cheek. One big part of me desperately wanted him to make me suck his cock. I would’ve. I would’ve gladly done that for him, I was so turned on by the whole thing. I nuzzled him and pressed my lips to the crotch of his jeans when he asked me to, and could tell he wanted it, but it never happened.

He never did anything about it any time we got together. To this day I don’t know if I’m disappointed or relieved.

I visited the area a year or so after that and tried to set up a get together, but signals got crossed and he never responded until a week later. Sent him a note on a platform he doesn’t often message on. Sad lesson to learn.

That’s the spanker I think about a lot. I actually have a draft email ready to send to him the next time I’m in the area. This many years later, even if there’s an off chance he’d meet with me again, I’d take it. Playing with him was just that good.