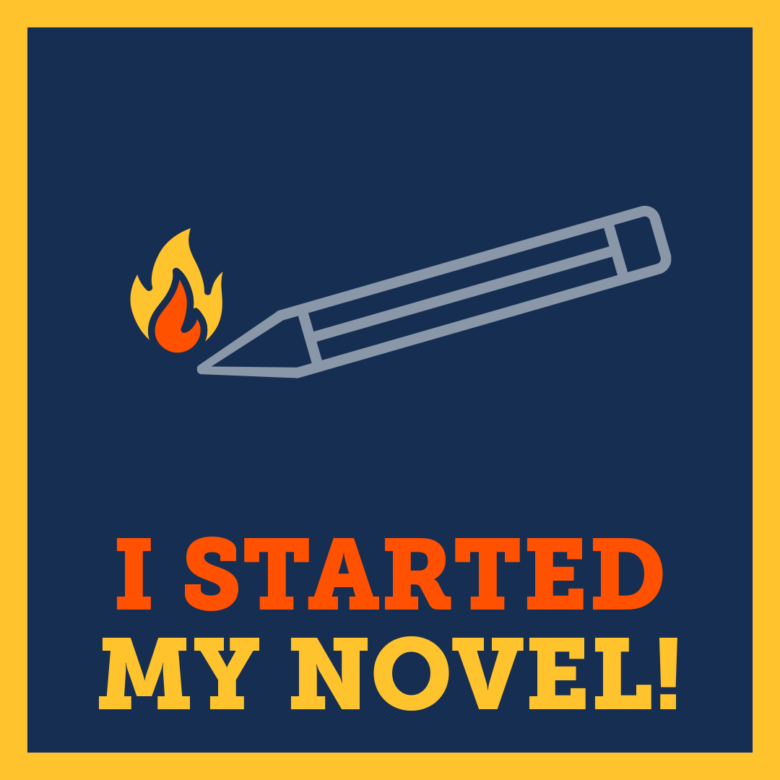 I’m just an average girl, trying to mind my own business and put in forty hours at the accounting office. I’m not sure how I got tied up in mob business and killing, but I’m trying to navigate my way out of them. In case anyone asks, I didn’t kill that guy. I can barely kill spiders let alone pull the trigger on a gun.

Anyway, I’m on the run. Trying to solve problems in a skirt is harder than it looks. Send jeans and flats.

The day had spiraled downhill faster than Terry could save it. Who was she kidding? There was no salvaging it and she wondered if she’d survive it.

She would have said this was the beginning of a wonderful romantic comedy if she wasn’t so utterly terrified.

It all started with too much to drink.

The company she worked for was one of those rapidly growing hedge fund, accounting firm types. One of the bro firms, is what Terry had labeled it. All mottos you can believe in with fooseball tables and gender pay issues. Even with that against it, it still paid well for the area and she didn’t have to do too much overtime.

The invitation to the post-work party had been staged as though they had a choice, but everyone knew they were mandatory engagements. Another way to boost up the bro image.

Terry hated going to them, especially after a long day of working. The only plus to going to them was they always had excellent food and plenty of top shelf alcohol. While she didn’t usually drink, Terry needed the liquid courage to help her get through being social.

She was awkward at the best of times and snarky at her worst. Her way to overcompensate was to dress in outfits that flattered her curvy figure and look her best. A little make up covered a multitude of social sins.

A little alcohol made up for the rest.

By the fifth cocktail, Terry had found the courage to cozy up to a coworker. Joseph from the IT department.

He’d been making special trips to “fix her system” for the last few weeks. Terry noticed him, but didn’t have the time to indulge him when he tried to flirt with her. She had shit to do that did not include the sexy blonde from the tech department.

It was his lucky night. The more drinks she had the easier it was to lean into his side, touch his arm, and make sure he had a nice view down the front of her wrap dress. Thank god she’d put on the push up bra that morning. That thing turned her breasts from average to a beautiful bounty.

When he leaned down to whisper in her ear that he had at least two condoms in his pants pocket, Terry was suddenly game for anything. She hadn’t had a good fuck in what felt like ages and if the semi tenting his trousers was anything to go by, he seemed like the type who could give her a good time.

It took zero convincing on his part.

They snuck out of the party down the long hall into one of the senior offices. He left the lights off, and pushed her into an out of the way corner behind one of those unnecessary pillars, putting them out of view of the main door into the office. As long they weren’t too loud, no one would notice them if they walked in.

His body pressed against her own sent her into overdrive. She hadn’t had anything harder than her Battery Operated Boyfriend since her actual boyfriend decided she was too frigid and left.

The way he kissed her had made her nipples tight and her cunt ache. It was all teeth and tongue, making her feel dominated. A little hair pulling and she’d go off just like that.

Terry had let Joe push her down to her knees on the carpet after he loosened her wrap dress and exposed her lace covered breasts. She wasn’t going to complain. She was eager to get him in her mouth.

She was just working his dick in her mouth, savoring the taste of him in her tongue when the door opened and the lights went on.

It was two gunshots that halted them just as they were about to fuck. She’d had her panties down around her ankles and a hard dick just sliding in when it all just stopped.

The thump of the body hitting the floor cleared her of her sex buzz in a hurry. They both looked out from their corner to find a body on the white carpet, blood spreading out like a bright red pool. Terry saw the CEO and his body guards stand over the body.

“Clean it up. Deliver him back to them with a note that says I’ll put another one of theirs in the ground if they cross me again.”

Bile bubbled up from her belly as dead eyes stared back at her.

“I want my money. I want to find out who’s trying to fuck with my livelihood.”

There was a loud clank of a desk that made her jump out of her skin. She was sober as hell and fully on alert for any more shots.

This was firmly out of her wheelhouse. She didn’t do murder or being a witness to anything. As soon as the body had hit the floor, so had Terry. She crawled quickly to the open door, skirt flipped up and panties around her ankles.

She heard Joe utter the words as she made it through the door at the same time she heard another gunshot. It stopped her in her tracks. Was he dead? She was frozen with fear.

Loud voices coming from the room immobilized her. She didn’t knew if Joe was dead or alive, but right now she needed to make damn sure she stayed in the latter category.

That made her hustle faster. Terry got to her feet and beat a quick path back to the party.

She just remembered to tuck her tits back in and straighten her skirt before she went out. The smiling faces and loud music felt different after what she’d just seen.

Instead of leaving, she tried to mingle in the still bustling conference room.

Everything felt wrong though. Coworkers tried to engage her in conversation, but her eyes continued to scan the room. They were going to come for her. She was sure of it. There was that creeping sensation of eyes on her back watching her pretend to eat, drink, and be merry that she couldn’t escape.

After a little bit of time, she relaxed convinced they didn’t even know she’d been back there.

It was all a drunk interlude in the back office anyway. Nothing to worry about right? Aside from her thwarted fuck, Terry didn’t really see a man get shot. Too much alcohol made a girl see things.

She’d talked herself into believing that, forcing some of the tension out of her body. It was all okay because she said so. Power of positive thinking always saved the day.

That and another really really stiff drink.

An hour later, Terry had a bit more of her buzz and a lot less fear. Two cocktails will do that for a girl. She wasn’t even worried about the fact that she’d lost her panties somewhere.

Just as she was deciding it was time to leave, a heavy hand landed on her shoulder.

She turned to find a beefy man with a swarthy complexion standing behind her. This was such a stereotypical mob man, that it would’ve been comical otherwise. In this moment it was fucking terrifying.

He had the grim complexion of a man who was used to doing the dirty work. The restraining hand on my shoulder felt like an good tool for hurting someone.

“Boss needs to talk to you about an important matter.” His hand squeezed her shoulder and she blinked up at him.

She had to think quick. Her quickly sobering brain needed to come up with a plan before she ended up with concrete feet in the bottom of a lake.

a few people walked by and she signaled to them.

“Hey. Hey. Can you… can you help me? I don’t think I can get home. I think I need a cab and I think I lost my phone somewhere.”

They seemed to reluctant to come over and she continued to play up her drunken state. The henchman must not have wanted to cause a scene because he released her when the group drifted closer.

Terry moved away from him, placing herself in the middle of the group. The man stayed back, making no effort to follow though she could feel his eyes on her.

She kept her act up until the group reached the parking lot. Even though they initially were reluctant to help, they waited with her until the cab pulled up.

Finally she could relax and really think about how the night had turned out.

Long day then a shitty party. It all ended in at least two dead bodies. No, she didn’t want to believe that sexy Joe from IT was dead.

There was no disputing the other dead guy. She could see the pool of red on the white carpet in her mind’s eye. She couldn’t deny it and she was hoping her witnessing it didn’t get her killed.

She paid the cabbie once they arrived at her place and climbed the stairs to her apartment.

Fatigue hit her hard when she finally unlocked the door and drug herself to her bed. She simply shed each piece of clothing, hoping to shed her day as they fell to the floor.

One would think with how trying the day had been, Terry would find sleeping difficult. She was a shitty sleeper usually, her mind racing a mile a minute with useless information. Tonight, her head hit the pillow and she was out like a light.

@ZebraRoseSub @rhubarbginn I’m sorry you’re having a bad brain day! Huge hugs and thank you for being so kind with your words. 💋

I’ve been in a constant state of “must wank now.” I need taken care of before I accost the first gent I come across.

@toyforsir Bahahahaha. Yea I don’t mind. Not going much of anywhere today for it to matter

They offered to let me go inside. Nah, I’ll wait in the car, thanks!

Took the dog to the vet. Am I at my sexiest covered in dog hair? pic.twitter.com/pzOEB6s9hG