Sue considered going back to her office, but managed to screw up her courage and knock.

Fuck, he was in a surly mood. The way he nearly bit the word in half made her even more reluctant to enter. She knew he’d be pissed if she didn’t go in so she squared her shoulders and faced the music.

He grunted, his hand rising to cut her off. She came to a stop halfway across the room and debated turning around. It was obvious she’d interrupted him mid conference call because he carried on speaking as though she was no longer in the room.

Sue was left fidgeting. The collar of her blouse felt too tight and she wished she’d taken off her blasted high heels. She flexed her feet and tried to stay quiet. Her eyes darted from his stern face to the floor and back.

The call ended and the room fell into silence. She snuck a glance at him and swallowed hard. His jaw was tight, lips thin. His jacket stretched over his chest when he crossed his arms.

“Susan.” Crystal clear blue eyes narrowed on her. “I asked you to be here an hour ago. Where are the Wutherford files? You know we need to get this trademark work buttoned up today.”

An undignified squeak left her. Mouth opening and closing, she fished for an answer.

“Richard had been delayed getting the files to me, Sir. I…”

“You know how I feel about excuses.” He shook his head and then pushed his chair back from the desk. “Come here.”

Everyone in the office knew how he felt about excuses. She wrung her hands as she approached. He looked more upset and she was convinced he was going to fire her for this mess up. It wasn’t even her fault this time.

When she was within touching distance, he caught hold of her waist and pulled her around in front of him. Sue stood between his legs, staring down at him stunned.

He began loosening his tie as his eyes roamed from the high neck of her blouse down to her fitted slacks. “Turn around, hands on the desk.”

The growled command had her moving so quickly she banged her knee on the drawer as she turned. Sue positioned herself as requested, her bruised knee forgotten as anxiety made her tummy tightened.

Silence settled around her as she rested there. She stared at the door, her breath rushing out of her as she waited.

He stood behind her, the rustle of fabric and the squeak of the chair giving his movements away. The sudden presence of his hand as it settled on the small of her back made her jump. His other hand worked on the button of her slacks until it came undone.

Her slacks slid down her thighs, stopping at her knees, leaving her clad only in her white cotton panties. He cupped her bottom, squeezing each cheek gently.

His hand moved down between her thighs to cup her pussy. Oh god. She dropped her forehead to the desk, shocked at how his touch made her feel.

One finger massaged her clit through her panties and she stifled a moan.

“You’re not sorry yet.” His hand disappeared and she whimpered. “You will be though.”

The first spank fell across her butt with a loud clap. It was his hand on her back that kept her from rearing up. She was already sorry as the heat of it spread over her skin. He wasn’t finished yet.

He was intent on punishing her. That hand, big enough to span both cheeks at once, made quick work of reducing her to a quivering mess. The steady fall of his hand covered every inch of her cheeks until she was sobbing and begging for him to stop.

The pace continued well past what she thought she handle until he stopped suddenly.

Sue lay panting, her tears staining the blotter under her cheek. The skin of her bottom pulsed. She longed to touch it and feel the heat, but he hadn’t given her permission to move. That staying hand remained a weight in the middle of her back.

There was no holding back her moan when his hand snuggled between her thighs the second time.

“I expect a lot from my employees. From now on, every infraction will be dealt with this way.”

He moved the gusset of her panties aside so she felt them his fingers directly against her wet flesh. She wanted so badly to spread her legs, but her slacks around her knees hobbled her.

Her lips parted and she choked on her breath when he thrust two fingers into her cunt.

The warning was clear and she managed to find her voice after a beat.

“Yes, Sir.” Her voice barely raised above a whisper.

Each thrust was slow, teasing her. The painful throb of her bum mixed with the growing sensation between her thighs to have her shaking with need.

He leaned over her back, his lips brushing her upturned cheek. He kissed the corner of her mouth before moving to whisper in her ear.

She tilted her hips up to take his fingers deeper, only able to nod as the words  abandoned her.

“I want you to come on my fingers then.”

“God, you always make me come so hard when we do this.”

He laughed and pressed kisses to her face.

“Next time we play,” he started as he helped her stand, “I’d like to play patient and naughty nurse.” 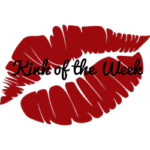 Note: role play isn’t really something I think too much on. The few times I’ve tried it, it didn’t last long because people didn’t stay in character. Makes it hard to get into.