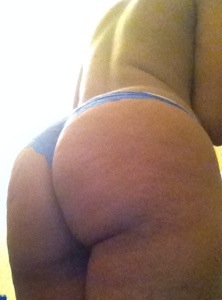 The barking of wild dogs scared her from her sleep. She bolted upright, the sound so close it felt like they were right beside the tent. What kind of animals lived out here? She regretted not doing more research before coming all this way.

Staying in a tent in the middle of the bush was ranking high in the list of stupid things she’d agreed to for a job.

Photography was her life and this job landed in her lap right when she was ready to quit. It wasn’t fabulous, hauling equipment, but it would give her a chance to study techniques and take pictures in her spare time. Hoping off the small plane yesterday and seeing the sprawling landscape, she’d mentally framed photos as they drove to the campsite.

She realized a few things when the set up camp. First that the camp was literally a set of tents, and second, she had to share a tent with a man who made her mouth dry and her pussy wet. Ten days with him was going to be difficult.

Her counterpart was fast asleep beside her at the moment, snuggled deep in his sleeping bag without a care in the world. The equipment was tucked in one corner, he was tucked in another, and she was in the middle. There was no way out and she was feeling decidedly claustrophobic.

She needed to pee, she needed out of the damn tent, but the chorus of howls rang out again.

Maybe she could hunker back down and sleep a while longer. At least if she waited until dawn, she could grab a shower before everyone else woke up. It would be a great moment for photos of the plain, the brush of sunlight on the grass a beautiful picture in her mind’s eye.

She lay down to attempt sleep, but a different cry registered in the dark, this one close and frightening. She screamed, startling him awake. He bolted up out of his sleeping back and somehow managed to place himself on top of her in a protective position.

They were both frozen, her pinned beneath him and him sporting a wide eyed look of bewildered surprise.

“Jesus H. Christ,” he whispered into the darkness. “What the hell happened?”

The weight of him pressed her down into the ground making talking difficult.

“Animals.” She managed to gasp the word out. “Wild.”

The tension running through him eased, allowing more of his weight to settle on her.

“Oh.” He made no attempts to move, seeming to relax his body down so she cradled him. “They set up a good perimeter with guards so we don’t have to worry about wild animals.”

His face was close to hers, warm breath bathing her cheek and lips as they both lay in silence.

Him on top of her was doing weird things to her. Her anxious brain, still nervous about the wild animals and roiling with her attraction to him, was making her hot and achy in a strange way.

When she shifted beneath him, too antsy to remain still, he leaned closer. “Were you watching me at dinner tonight?”

God, she could hear the lie in her voice. She’d watched him as superstitiously as she could, unable to stop herself as she imagined doing more than just sleeping beside.

“I was watching you.” His lips brushed her ear and then her cheek. “You blushed when our eyes met.”

“I was… considering the landscape.” She winced at her terrible attempts to deflect.

She felt his lips at the corner of hers, lingering there as though waiting for permission.

“I’d noticed myself, and it’s quite lovely. Picturesque even with its obvious beauty. I think it takes the right kind of person to see how…” he licked his lips and she felt the tease of his tongue there at the corner of her mouth. “Much more beautiful it is in certain moments.”

The question still hovered, she just needed to answer.

He kissed her instead of answering. It was perfect; all teeth and tongue. She was parting her thighs so he could find space in between as she tasted his mouth.

There was no struggling out of clothing, it was almost too cold for that. No, it was finding gaps to touch. He slipped his hand between them to free his cock and help her shimmy her pants down. The cold barely penetrated the heat as he found easy entrance into her body. His deep groan as she rose up to met him was beautiful.

“I’ll have to photograph you at sunrise, freshly fucked and unafraid.” He gripped her hips, holding her down so he had control. “It’s what I thought when I was watching you at dinner.”

That made her cunt spasm, the thought of her spread body bathed in dawning light as it cut across the plains. He’d be above just as he was now, bringing her closer to coming so he could snap that perfect shot of her face.

When the howl of the wild dogs echoed in the night, she gave her own call. Hers was a refrain of pleasure every bit as primal as the animals’ call.