By Cara Thereon on Wednesday, September 4, 2013

Both mentally and in general. I’m damn fine, ya dig. 😉

Honestly, I think I panicked this morning. Where last night was born out of curiosity, male persistence, and a large dose of sexual attraction (he had a banging body and smelled so good)… This morning was the realization that I wouldn’t have been in this position a year ago (and by that I mean on my back, pulling some guy’s hair as he screwed me). It was literally a night and day moment made worse by too little sleep.

It’s weird too that while a small part of me wants it to be more than a one time thing, I’m largely happy with the fact that I just had him to scratch an itch. I wanted him in the now and know he’d be a dud in the long term.

So, after giving my mind a minute to slow down its frenzy I realized that this is all part of my imperfect journey. All this is helping me learn what I like. I didn’t post what I did to garner sympathy or even to ask for help. I poured out what I did because it’s easier to write it all down and in the writing force myself to see. Life makes sense when I write it out.

In conclusion, I like having my nipples bitten, my ass slapped, and my hair – when I have it – pulled. I just need time to articulate the change into the mental image of the person I am and want to be. With that I also need to set up goals and give myself boundaries. I’ll be trotting out my 30 before 30 list soon, and want to be active in the pursuit of finding and understanding every part of me.

I’ve tried many of the things I said I would in the last three months and have enjoyed it. So, yes, I’m mentally fine and damn fine as well. 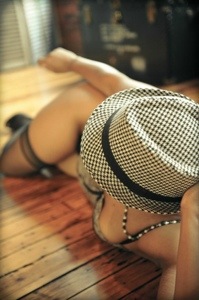