An easy topic to speak on for Kink of the Week. I want to talk about my struggles with language though.

I don’t have an accent. Moving states as a kid and traveling fairly widely as an adult means I have no accent. I’m from a more southern state so I have certain phrases I use, but beyond that nothing.

I’ve been actively trying to learn Spanish for the last three years. The reason being is my profession takes me into direct contact with those who only speak Spanish or very little English. I want to make sure they get the attention they deserve. Why?

Because there’s nothing scarier than needing help and not being able to communicate that makes the situation infinitely worst. English isn’t the end all, be all. We as Americans do ourselves a great disservice pretending we don’t actively need to know another language. We show how much of a world player we aren’t because we don’t make an effort to be bilingual.

I’ve been learning because I want to be able to communicate. I can recognize words, read text, and if someone is speaking slowly I can pick up enough to get what someone needs. My struggle is I’m petrified to speak.

It doesn’t take much to make me adverse to doing something. It’s not like I don’t try to speak what little of a language I know because it’s important to show you can and you care. I’ve also been laughed at on more than one occasion when I have tried.

Perhaps it’s an accent thing. Maybe my non-existent American accent sounds weird in Spanish or French. I don’t know the reason, but the chuckle makes me unsure. Consequently, I tend to not want to speak the language because I’m super scared I’m messing up. Or my nerves mean I forget the words I want to use and then I look and sound silly anyway.

My hope is to find someone to help me with conversational Spanish so I feel less afraid. It’ll help me get over the nerves and make communicating easier.

I’m going to work on overcoming my fear. Other than that, I’m very fond of other languages/accents. Not American, foreign. I’ve always loved other accents. My best friend used to joke I was the UN.

So as is my typical fashion, here’s a story to keep you a little warm.

He was murmuring something in my ear in French. My mind was far more distracted by his hand.

When he’d slid in the booth beside me, I’d planned on ignoring him. He’d damn near stood me up, arriving a full hour late for our date at the restaurant. The one I’d made hard to get reservations for, the one I shaved and waxed for, the one I’d squeezed my ass into.

I had every right to be mad. He got the cold shoulder he deserved when he pressed in close beside me. I was nursing my second Sazerac, savoring the absinthe and stewing my my juices.

His fingers touch my arm lightly. The alcohol and the honeyed way he speaks in my ear work in tandem to soften me up.

I could apparently forgive a lot of sins when I had him whispering things in my ear.

He told me how sorry he is, that he got hung up with work. Then he switched to French and let his hand fall on my knee. I didn’t stop him, I sipped my drink and let the buzz overtake me.

From my knee “ma beauté” Up my thigh “tellement sexy.” Pressing into the gusset of my panties “So. Fucking. Sexy.”

I let me legs fall apart, let his fingers breach the lace. Let that beautiful accent slip into my ear, as two thick fingers slipped into cunt.

“I bet everyone knows what I’m doing.” He kissed my jaw as he fucked me. “I know you’d love for them to watch.”

The way his tongue seemed to taste each word made me shudder and thrust my hips. I didn’t care if they saw. I was hooked on his mouth saying dirty things to me, they could watch if they wanted. 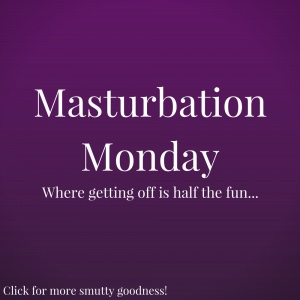