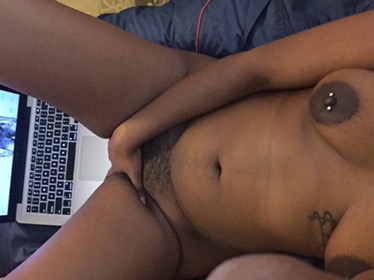 A knock sounded at the door, drawing him away from his work. He debated not answering, but the light tapping became a pounding that rattled the clock above the doorway.

The cabin was small so it was a few quick steps to cross from his cluttered desk to the entrance. He threw it open hard enough to send the wood bouncing against the wall.

He looked out into the darkness and then down at the petite woman standing on his doorstep.

Petite was a generous term for her diminutive height. What she lost in stature, she made up for in other areas. There was no mistaking this was a woman to look at her. She had shocking orange hair that fell to her waist, pale skin that was littered with freckles, and the largest breasts for someone her size. Her tiny waist was cinched by a blue corset top and she wore black kitten heels. She smoothed her hands over her skirt before meeting his eyes. He followed the slow motion, watching as she traced her fingertips along the hem that stopped mid thigh.

He snapped his eyes back to her black gaze and blushed at the twinkle he saw. The way she smiled up at him, her white teeth flashing bright in the dark, made him take a half step back. A little shark, this one.

“Hello, Homer.” She said his name in a high, singsong voice. “My name is Opportunity.”

He shook his head at the absurd moment. Opportunity. Knocking at his door. He was slow to reach for her hand, unsure about the woman standing before him. She gave him a firm shake before stepping closer.

“Taller?” She brushed by him and entered the small cabin. “Most writers do, but you underestimate my abilities.”

She strode over to his desk and settled herself in his chair. Homer was astonished to see her deleting the first five paragraphs of his story. The ones that took three days to come up with. He raced over before she could delete the rest.

The little pixie became a whirlwind, moving fast to vault from the chair. She managed to trip him up and topple him to ground. He went from standing to flat on his back with a bright haired beauty straddling his waist.

“For such a big guy, you sure went down easy.”

He lay stunned beneath her. She’d felled him like a log and sat perched like a tiny preening bird of paradise. It was a close tie between embarrassment and indignation.

“Here’s the deal. Calliope is busy right now, and she was going to let you flounder on this next book, or.” She shuddered before continuing. “Let Melpomene come and help you. This isn’t a tragedy, this is a fuckfest. And only Opportunity can bring on a fuckfest, amiright?”

This lady was batshit crazy. How was he going to get her out of his cabin? When he went to move her off, she pressed a finger to his forehead and a jolt of electricity snapped through him. It stopped him in his tracks as it moved through his body, waking up his brain and his cock at the same time.

Twin stories ran a dual track in his mind.

One of a woman rising from the ocean, her tail fin parting as she rode the surf onto the shore. A man waiting for her as always in a grotto. No words spoken between them, only wet sand, gyrating hips, and rising tide. One of them will end up hanging from a noose the next time the tide goes out.

The other a woman with vengeance on her mind and the man from hell sent to stop her. The collision when they meet is enough to level three city blocks, but the heat between them can’t be ignored.

Homer shook his head as both stories crowded his brain. His cock grew heavier and ached, even as he rocked his hips he was itching to get the words down before they disappeared.

“I have to write.” His words came out in a hoarse croak.

“Oh I know you do, but Calliope bet me I couldn’t help you, and since it looks like I proved that self-important blowhard wrong, I’m taking part of my prize right now.”

Opportunity smiled and flipped her hair back. She hiked her narrow skirt to her waist and settled herself right against the monster tenting his tattered pajama bottoms.

“One sec, big boy.” She fumbled for the opening in his pants, freeing his cock. “This muse never misses an opportunity to get fucked or fuck Calliope over.”

He groaned softly as she squeezed him before rubbing his cock all along her vulva. Her labia parted and she wiggled her hips. She growled as she sank down on him, her face morphing as he filled her. Her hair seemed to dance like flames around her head and her skin turned a dark, mottled red. Homer was too caught in the movement of the stories in his head to see.

“The words.” He mumbled to himself when she settled her hips flush against his. “Oh god, so many.”

“Relax. I’ll get you to it shortly, geez.” She blew her hair out of her face before she lifted herself up and slid back down.

He thrust his hips beneath her, at least part of him enjoying the roll of her body and the wet way her cunt grasped at him.

He came first, one line of the story in his brain playing the scene of the vengeful woman whipping the man from hell. Come erupted from him into Opportunity, seeming to intensify his need to write instead of diminishing it.

She wasn’t that far behind. For such a tiny woman, the roar that tumbled from her open lips when she came rattled the roof. Her body shook and lights flickered around them.

“Oh my.” She pressed her hands to his chest, her cheeks red. “You were definitely a good bet.”

Homer whimpered. He needed… he needed to write.

Opportunity disappeared off his lap and materialized in front of the door, neat as a pin.

“Remember these words for your thank you, Homer, ‘It was Opportunity who knocked my socks off.’ Happy writing.”

He was at his computer writing before she was even out of the door.