This may not be the place for this, but I don’t feel like putting this on my other site.

Let me start by saying I’m at work (I was at the time I wrote this) and it’s the middle of the night (not so much now) so the title is asking forgiveness for what could be a rambly (possibly interrupted post). Also, I’m low on sleep so forgive the glaring issues with editing.

Not a lot bothers me. Yes, I do get anxious about things, but even I realize those things aren’t as huge a deal as I tend to make them. Rarely do things get me up in arms enough to write about them in a post here. They are limited to my family, Women’s rights things, and some race issues.

This post is going to focus on the last bit.

I say some because not everything bothers me when it comes to race relations. Some things are such fact of life things, that I brush it off. Will I, as an black woman, be followed around the store? Many times I am, sometimes not. Will I be the only black person at this event? Probably. Do I let stop me? Not often.

I tend to be fearless. I’ll take risks with my safety more than I should. Not always, but sometimes. I adopt a “keep your chin up, and look like you’re tough shit” demeanor, and power on.

Really this is just a segue to say that when I’m upset or angry over something, when I’m scared or defensive, this is serious stuff.

Not to get into too much detail about my life, but it hasn’t been bad. I’m a middle class, black girl who grew up in a middle class white neighborhood. I was an oddity when I first moved, but I was young and fairly unaware so even those moments that (in hindsight) were once of ignorance, I could overlook. Oh I was called the black girl by a classmate or asked if I was related to so and so because we were both black (no, I’m not. We look nothing alike 🙄). Overall, I never felt too odd about being black. I never felt scared.

My first run in wasn’t until College. The first time I was called the N word and my white friends either didn’t notice or didn’t care. That changed me a little. It was the first time I’d ever been scared because of my skin color. When I told other kids who were from urban areas, they got it. Maybe it reinforced their beliefs about white areas and white people, but I was happy to know someone understood my moment.

That blip passed and I moved on. Being the only black person in a professional position at my place of employment or in my role in education, was just a fact of life. I was never going to meet anyone where I was. I’ve always liked white guys because it’s who I grew up around. No white guys were interested in me. Then I moved and that changed.

Just prior to this, my brother had an experience that was another blip that caused me fear. My brother has a job that has him working closely with police. He had a moment where someone called the cops when he was out on a call thinking he was a different person. They rolled up and had him in handcuffs without checking who he was. If he wasn’t recognized by another police officer, where would he be? How many black man have been harassed or killed in the last few years by police? Forgive me for being overzealous, but that shook me up.

There’s a certain fear that’s steadily risen over the last few years. It’s hard to explain it if it’s not something you’re familiar with. Oh, I’m sure more people get it now with how tenuous things have been in politics, which has everyone on edge.

The thing that sparked this thought was looking through these photos from 50 years ago. I also recently looked through a link on Lynchings (I won’t supply that link as it’s too fucking distressing).

My mind turned to those people in those photos. Those fighting, getting hurt, and dying for civil rights. I was also thinking of those on the other side. Not necessarily those cops or politicians who actively opposed civil rights, but those people doing nothing.

It’s not difficult to think that the people you care about or are your friends could turn a blind eye to your struggle. There are people who believe themselves to be good people, but when you ask them how they feel about (blacks being killed by police/women having access to birth control services/kneeling on the MotherFing football field in protest/insert some aspect of unrest) and they act like it doesn’t matter. 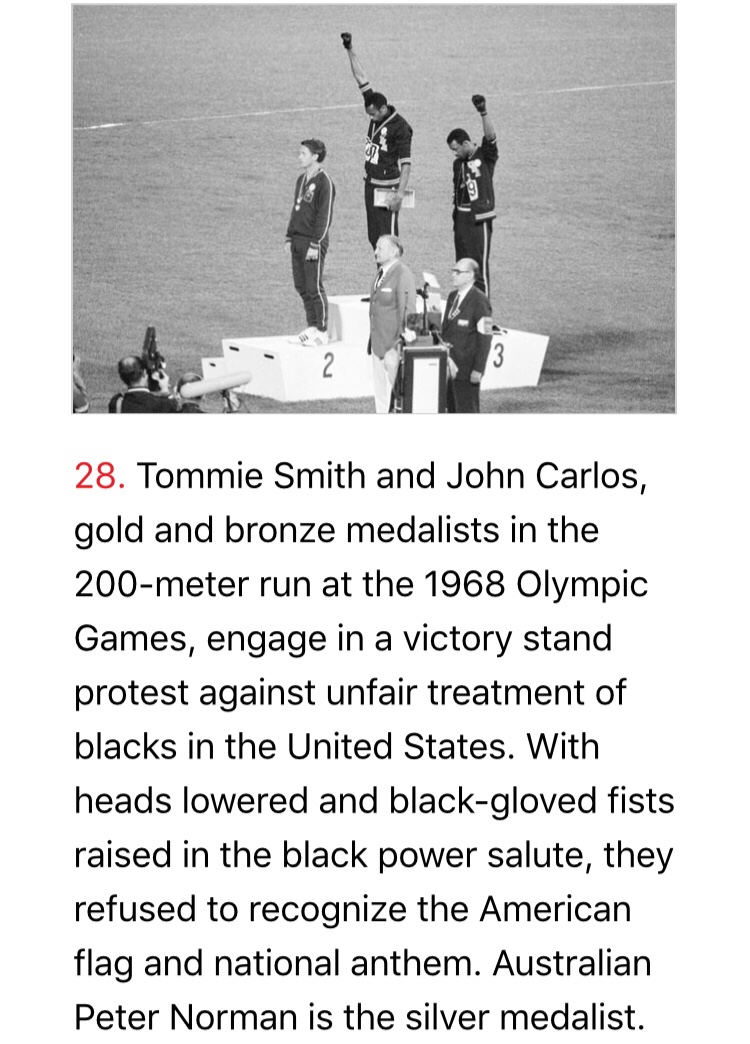 <<<<<< "they have as much opportunity as anyone else." "Stop talking about my privilege, I grew up in... and I came from nothin." "Gun violence/black on black crime" Those I least expect to say it, are the ones saying it in private or publicly on Facebook. The past shows that people move with the times.Would you have believed I deserved rights if you were present in that time era? It takes an active mind to push past the engrained things we believe or are taught. Your one black friend doesn't give you leeway to say shitty things or not understand that being black can be a disadvantage. Being color blind accomplishes little expect allow you to be blind to the wrongs being committed. There's so much internalized hate that we don't even realize is there. How we treat women, how we react to those different than us, how women perceive themselves from TV, etc. Being a black woman can mean being fetishized. In the past, when a convo about dating starts with, "I've never been with a black woman." I get a little leery. I read such a good post recently that I feel translates so well no matter what side of the pond you’re on. I’ve been passed over, was all through high school because I was the black girl. I also don’t fit what people think a black woman should behave like. I grew up in a predominately white suburb, remember? The people I compared myself to were the standard for white beauty.

I guess my whole post boils down to advantage. It’s hard to understand someone when you yourself aren’t the one at the disadvantage. It’s also easy to become desensitized to someone’s struggle when you aren’t struggle. Or your struggle is over and you’ve forgotten where you’ve come from.

Life is supposed to be fair, but it’s not. At the end of the day, the color of my skin still matters as much my gender.

Heaven help me for wishing we were different and understood each other.