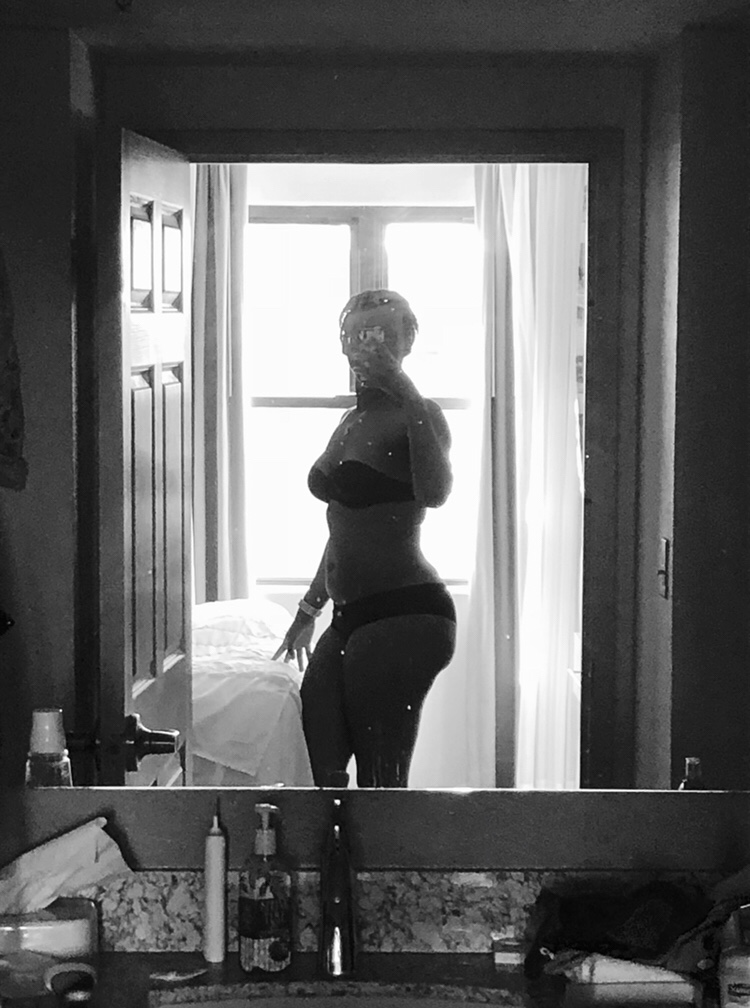 Funny how a couple days of no writing makes me feel rusty when I’ve gone longer with no trouble.

“Look into your eyes and say your name, your reflection will show herself.”

Julia managed not to scoff. The antique shop owner had already made her sale, there was no need for theatrics on top of it. Julia had admired the gold filigree around the frame for too long not to leave with the mirror.

The woman had looked at her hard when she’d come to the counter and began her tale, which ended with Julia staring at herself in the mirror. It was said to hold a Jinn at one point in its history, but she didn’t believe that story either.

“I cannot sell it to you until you do.” The woman’s voice was firm. “I will sweeten the deal with one hundred dollars off if you do so.”

That perked Julia up. A price cut that big was too hard to pass up. She’d stare into the mirror and say Candyman’s name three times if it meant she’d take the piece home for so little.

Julia pulled out her money to pay before the woman could recant. The woman disappeared behind the mirror, holding it steady so Julia only saw herself and what was reflected in the store behind her. Things wavered for a minute and Julia blinked.

“Look close. Look into your eyes.” The words were hypnotic, pulling her under.

Say it. Her reflection seemed to whisper. Or was it the store owner? Whatever it was captured her.

“Julia.” Her name barely passed from her lips when the world shifted and settled again.

Julia blinked and her reflection blinked back like normal. She sighed, trying to shake off the nerves that had hit her. It was nothing. Just some spooky thing.

Looking away, she reached for her purse and the receipt. When she looked back, her reflection hadn’t moved. The store was no longer reflected behind her, but a dark mist that threatened to swallow her up. It blinked and then smiled.

Julia. It mouthed her name and she heard it clear as day in her mind. She couldn’t look away. Her eyes were glued to her eyes.

Her reflection pressed a hand to the glass and pushed. There was an answering tug in Julia’s mind as though a door was being pushed against.

I’ve been waiting to get out for a long time. The voice wasn’t her own even if it was her reflection speaking. The eyes, the eyes were wrong now. Blood red and sinister.

“Who are you?” Fear made her voice quack. “What do you want?”

“I am you now.” The whisper was a roar in her mind, threatening to swamp her. She’d drown soon.

The push was stronger in her mind, the door being battered now. Her reflection raised its hand, drew it back, and then struck the glass. It cracked and then broke. Julia screamed, her mind splitting from her body. She lost consciousness, everything going black around her.

Julia came to minutes later in a different place. She stood in a room, gazing at the cracked mirror. The antique shop was on the other side and so was she. They’d flipped somehow.

“What should I do what the mirror now that you’ve been released?”

“Destroy it.” Her reflection’s eyes flickered from red to her normal brown as she gazed back at Julia.

Panic settled over her. Julia couldn’t move and could only scream in her mind. She watched her reflection pick up her purse and leave the store.

Going to the clinic in the time of covid is a serious pain in the ass.