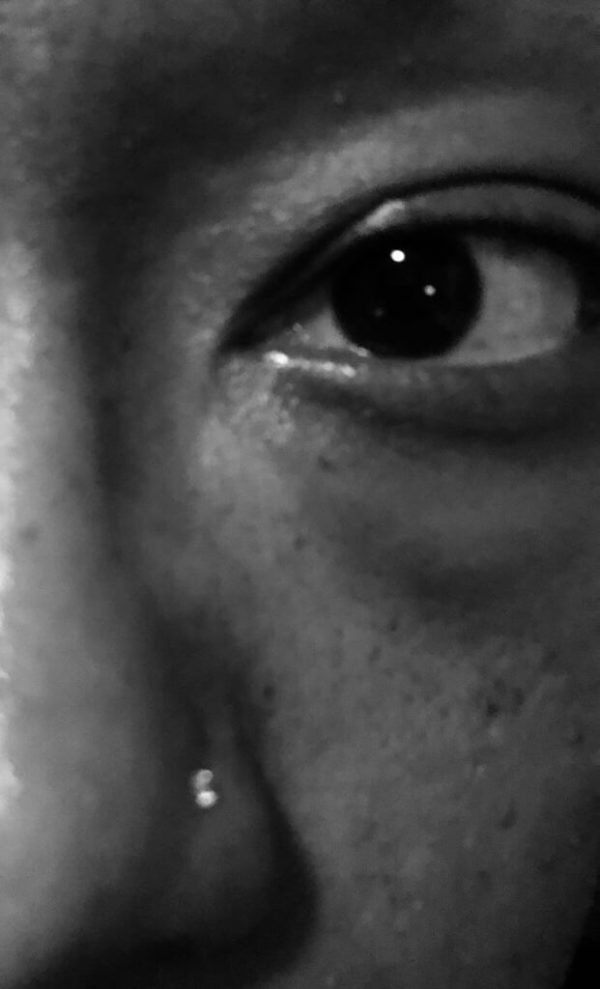 I was looking at a ghost. It had to be.

My coffee was frozen midway to my mouth when I saw her walk in. Her eyes slanted just so, her lower lip fuller than her top, the left eyebrow just slightly higher than the right, and a birthmark just behind her ear.

It was me. My face and my body, strolling into the same coffee shop to order a double shot. I didn’t even realize I’d started to stand up until my best friend asked me what was wrong.

“Nothing.” I sat back down hard enough to make the table shift.

Melissa barely caught her drink before it tipped over. “What is the deal, Katie?”

The deal? The deal was that woman was wearing my face when she shouldn’t be. A trickle of unease moved down my back, making me shiver.

Melissa kept talking, but my eyes were on my twin. Her every mannerism mimicked mine, down to the way she twirled her hair and stirred her drink three times exactly.

My teeth clenched and I bit back to urge to scream when she turned to look at me. Where I expected surprise, all I saw was pain, sadness, and rage. The rage made my heart stop.

“Katie,” Melissa’s whisper drew my eyes back to my friend. “That woman looks just like you. Do you have a twin?”

I swallow around the lump in my throat. “I don’t know who that woman is. My twin sister, Oxana, died when we were little.”

The woman left the cafe, but I felt no relief. I slumped in my chair and stared at the door she’d exited. My uneasiness has morphed in to something that threatened to strangle me.

“Excuse me?” The barista approached with a mug of coffee and a note. “Someone bought this for you.”

I grabbed the note, opened it, and then crumpled it up.

I’ll take your life the way you took mine. With love, Oxana.

“What’s it say?” I barely heard Melissa’s question over the blood rushing in my ears.

“Just someone being nice.”

Forcing a smile, I lifted my cup to my lips to hide my fear. My twin did die when were little, but I was the one who killed her.