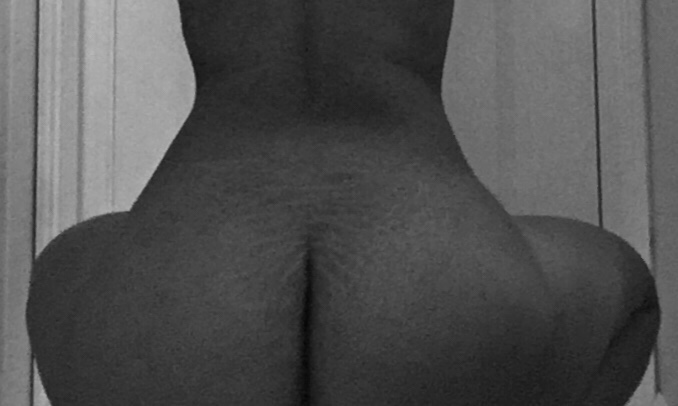 Going to try to juggle a few longer stories I suppose.

One day turned into two that turned into a week. Lani felt her mood dip as her Daddy’s absence started to take its toll. Worse was the way mama acted as if it didn’t even matter. Her mother’s cheerful mood made her feel surly and on edge.

Lani attempted talking about what was happening, but each conversation was halted by her mother’s insistence that nothing was going on. According to mama, Daddy was out of town with some friends and would be back. The lying and avoidance made her grind her teeth in annoyance.

She should just be an adult and ask outright. Letting everyone dance around what was going on was accomplishing nothing. Her family was notorious for this type of don’t-ask-don’t-tell behavior.

“Lani, what are your plans for the summer? Are you going to get a job or sit at home until August?”

It took active effort to control her eye rolling. Her mother was less than subtle at times, and had dropped any pretense of hinting about her getting out of the house pretty quickly. Coming home was a double edged sword that never failed to cut.

She continued chewing her sandwich, searching for an reply that wouldn’t start bickering. Her edginess had her closer to snappiness than usual, but the tension in the house had been high.

“Look, mama, I spent the whole year working. Can’t I just take a few weeks off before I have to go back to school? Damn.”

Her mother leaned her hip on the counter and stared Lani down. “Drop the attitude. Don’t forget who you’re talking to.”

“I don’t have an attitude.” She pushed her empty plate away, her mood turning sour quick. “I’m going to go.”

“Don’t you walk away from me, Allani Michelle Rae.”

“I’m twenty not ten, mama. Talk to me like an adult and maybe we can have a discussion.”

She stood to leave, but her mother’s laugh stopped her.

“An adult? Act like one and things will change. You’re attitude has been less than stellar since you got home and your sulking since your Daddy left is disappointing.”

That enraged her more than it should’ve. Her shoulders tensed up to her ears as fury and suppressed feelings ricocheted through her.

Lani rounded on her. “My behavior? Oh, mama, if only you knew. I know you’re hiding something and that you drove Daddy away. Why do you want me out of the house so bad anyway? Are you cheating on Daddy?”

The color drained from her mother’s face and a flash of guilt whipped through her. She tamped it down. Lani had her own stake in what was happening, maybe a little fault too. It didn’t change her desire for Daddy or what was happening with her parents’ marriage.

“I don’t know what’s going on because you won’t say. What I do know is Daddy is gone, and you’re planning on leaving too. For the sake of this family, maybe it’s time you did treat us like adults and say what’s really going on.”

With that speech, she turned to leave the kitchen.

Her mother gave a sad sigh and let her leave. That sigh almost made Lani falter, but her indignation was enough to carry her upstairs to her room.

She sat on her bed and stared around the room. Nothing in the room had changed even with her having been home for a couple weeks, but everything in the house had changed. The tension and mounting sadness was just too much. It was time to get out of the house.

Lani recalled her sister’s invitation to come stay over. Maybe it was time to take her up on that offer. She shot her sister a text, explaining her need to stay over for a few days. Marlie’s response was quick.

She threw a few things in a bag, knowing she could come back to the house if necessary.

Not wanting to get into anything with her mother, she sent a message to on her way out the door. Explaining herself to her mother was just too difficult.

Her sister’s apartment was on the other side of town near one of the local beaches. Lani wasn’t sure how Marlie had managed such prime real estate considering both she and her boyfriend were the bohemian artistic types working for the local gallery. Apparently, starving artists paid more than she realized.

She parked in a visitor’s space and climbed the two flights. Marlie’s door was easy to spot in the complex as it was this obnoxious purple color with painted flowers at the bottom.

“Hey, sis.” Marlie greeted her with a smile and a beer in each hand. She handed her one before turning on her heels to head back in.

“A little early to be drinking, don’t you think.”

Even as she said that, Lani was dropping her bag and taking a deep drink out of the bottle. It was shock top, the same brand Daddy kept in the fridge growing up. He’d always let her have a sip of his beer when she’d come sit and watch basketball with him on the weekends. Snuggling against him with the taste of that on her tongue always gave her teenage heart a buzz.

She shook away the thought, taking another drink instead.

“You can sleep on the couch. The air mattress sprung a leak when we went to Rocking Man last week and I haven’t gotten around to getting a bed for the spare room.”

“I brought a sleeping bag. I can bed down in the spare room.”

Lani glanced around the neatly decorated apartment. There were paintings with Marlie’s signature and some other really nice pieces done by other painters. The furniture was modern and fairly new. She glanced through to the adjoining kitchen and saw the new furnishings and fixtures.

“How can you even afford this place, Mar?”

“Dad is covering it for a bit. I started talking about how unsafe I felt over on Howard’s street, and he got me set up here. One of his guys is subletting while he’s working on a contract in Wyoming, or some such backwoods state. I guess I played the starving artist card well.”

Her sister’s tinkling laughter made her smile. Marlie sat down on the sofa beside her and propped her feet up on the coffee table. They sat in comfortable silence for a bit, sipping their beers.

“Thanks for letting me stay. The house was getting…”

Marlie just smiled, sympathy on her face. “I get it, Lani. I know exactly how mama can be. She’s been different lately and won’t talk about it. Dad being gone doesn’t help.”

“Daddy leaving is probably for the best considering how they’d been fighting.” Lani barely held back her grimace. “Mama is leaving too.”

That made Marlie sit up straighter. “What does that mean?”

“Hell if I know. I heard them fighting about it. When I asked, she wouldn’t explain herself and got pissed. I think she’s cheating, Mar.”

Lani was startled by the vehemence in her sister’s reply.

“You don’t know that. Mama would never ever cheat on Dad. If anything, he’d fool around on her.”

A bubble of anger and guilt rose up in her belly. Lani knew they were already having problems when he fucked her that first time, but she was positive he’d never cheat on mama. She took a deep breath, determined not to let her emotions get the best of her.

“I don’t think Daddy would cheat, Marlie.” She took another breath and blew it out. “Look, we don’t really know what’s going on and we can’t keep talking about it.”

Quiet descended, both of them in their own world.

“Anyway, settle in. Mi casa es su casa. Lex and I are out for the evening for a party at the gallery.”

There was a knock on the door then. Marlie sat her beer down and made her way to the entryway. Lani stood to take both empty bottles into the kitchen when Marlie left, but stopped when she heard the voice speaking.

Lani froze. Daddy was the only person who called Marlie that.

“Hey, Dad. I thought you were going to be out of town for a while.”

Lani’s whole body melted at his laugh. “Well, I was, but then I remembered I promised someone I’d take her to dinner tonight. I saw a note that said she’d escaped here for a while.”

“You know how intense mama can get.”

“Oh, I know.” There was something dark in his voice that made Lani wonder. “Come here, Lani.”

God, it was the way he said it. It was command and sensual plea. She sat the bottles on the counter as hot need made her cunt wet. Some distant part of her told her she should ignore it, that her reaction was wrong. The larger part of her, found herself obeying his request to come to him.

She rounded the corner and came down the hall slowly. Lani felt like things had slowed down. He stood in the doorway, seemingly filling the space with his presence. Lani could feel his eyes moving over her body like a caress and she wanted nothing more than to strip to her flesh and display herself to him. Display herself for him. His hungry eyes said they wanted to use her until nothing remained except his brand on her skin. She felt like she was on fire just from that look alone.

Lani stopped beside Marlie, being careful to keep her lust banked. She mustered up a smile and tried to play innocent though she felt anything but.

She felt like she failed with how breathy her voice sounded, but Marlie seemed oblivious.

“I gotta go.” Marlie reached up to press a kiss to his cheek. “Later, Lani. Key is under the mat.”

She disappeared down the hall leaving Lani alone with him. Her eyes immediately dropped to the floor.

His tipped up her chin so she was forced to meet his eyes.

“Hi, baby.” He brushed his finger over her lips and she parted them to lick his fingertip. His inhale made her cunt ache. “Go get changed for dinner.”

She turned to go and he pulled her back so her body fit flush against him. His cock dig into her back, making her legs weak. He slipped his hand down to cup between her thighs. His lips brushed her ear.

“Wear something pretty, baby.” He kissed her neck. “No panties.”

He found her clit through her leggings and pressed until her hips rocked. She whimpered and nearly begged him to have her right there.

“Off you go, baby.” He stepped away from her and sent her down the hall. “Don’t leave me waiting long.”

@EA_unadorned Happy birthday to you, Fellow July Baby. I have no decent nudes sadly, but I hope you have/had a lovely day.

@KateLessons I think we all need a trip to the dealer

@Mollysdailykiss I wanted to soo badly after writing this.