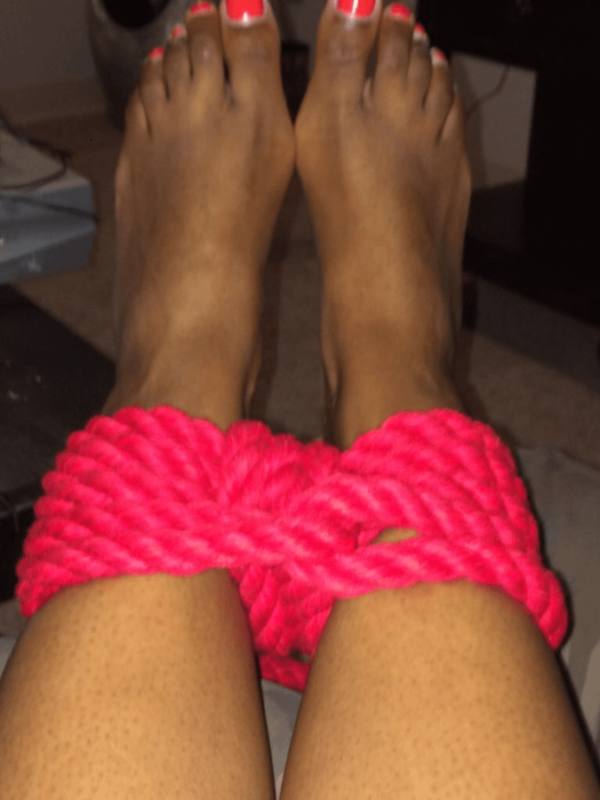 No one wanted her.

When she’d been taken to auction, they told her her price would help her family. Some of her fear had melted away as thoughts of porridge warming her baby brother’s stomach filled her head.

She’d held that thought through the humiliation of it all. They’d paraded her naked before too many hungry eyes. Spreading her legs and pawing her breasts, they’d tried to show what a good little bitch she was for a buyer.

It echoed in her mind the chuckles at her fat thighs and her paunchy belly. What was she good for? Their prodding and laughter made her wilt on the stage.

When the bidding started and stopped with not a single taker, she’d barely held back her tears. The leer of the auctioneer made her stomach turn.

“Take her to the holding, we’ll make money off her. A sack o’er her head and some rope ’round her body, any man would fuck her.”

They looped a loose rope around her neck and pulled her off stage, the humiliation so keen she hid her face in shame.

They’d led her to the whorehouse on the edge of town, deep into the establishment under the hard eye of the madam. The painted girls looked glossy, all red lipped mouths that laughed as she passed.

“Got a fresh one for you, Cheri.” A hand snaked up between her thighs. “Not pretty, but you’ll get a pretty penny to pop her good.”

“Tie her up in the waiting room and I’ll drum up some business.”

The way the madam looked at her like she was nothing spectacular and the odds of finding a taker were slim.

They strung her up with ropes that hung from the ceiling. Wrists tied together overhead, hoisted up by ties around her legs that pried them apart.

“I should put that bag over your head. Reduce you to a nameless pussy. I’m sure some gent ‘ill put his dick in ya if he can’t see your face.”

Left in the dim room alone, all she could do was think.

She’d never had ambitions for marriage, the plain one of the family. Perhaps if she hadn’t been sent to auction, she could’ve gone to work for the local herb woman. No one would come to see her unless they needed healing.

The whole thing stung though. To be so roundly rejected when others had been chosen tear apart some small hope she didn’t realize she harbored.

No one wanted her. It’s what she’d known all along.

When had someone entered? She’d been so in her head, she missed it.

The madam had a gentleman with her who stood in the shadows of the room. She could only make out his shape and he was monstrously big, taking up much of the space between the door and the adjacent wall.

His voice rumbled around the room and made her quiver.

What about what she liked? She’d stopped mattering long before they brought her to this room. That realization made her head droop forward.

That startled both her and the madam.

“Do you want to try her first?” The madam stepped closer and hefted up her breast for the man. “I’ll even whip her tits as you fuck ‘er, it’ll make her wetter for ya.”

“Hands off of her.” Menace rolled off the man as his words boomed in the room, causing the madam to jump back.

The woman shrugged, but there was no hiding the tremble in her voice when she spoke. “‘Ave it your way.”

“Cut her down and send her to my house.”

“Better not send this one back broken,” the woman mumbled as she started loosening the rope.

He had been turning to leave, but stopped. Part of his face showed in the dim light and what she saw send a shiver down her spine. His face… was a distorted mess of zigzag scars and marks.

“I’ll pay you triple so you won’t care how she comes back to you.”

The door slamming was like a shotgun going off in her mind. She swallowed hard as she wondered if she’d survived this… man.

Perhaps being unwanted was the better option. 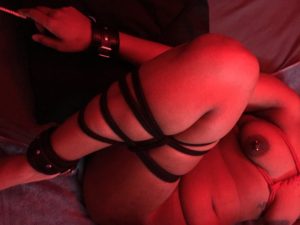 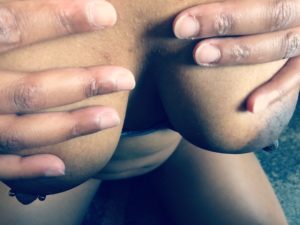 About 12 minutes ago from Cara Thereon's Twitter via WordPress.com

I know I’ve only been on here sporadically at best, but why is every other tweet a promoted tweet tonight?