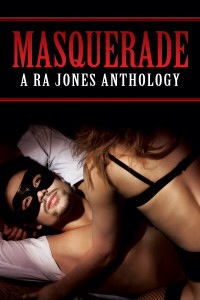 It releases today so I wanted to announce it and put my review out there!

Christina Mandara is a UK authoress and currently has five books in print: The Riding School, Learning the Ropes, Hot to Trot, Named and Shamed, and A Rough Ride.
http://author.to/CPMandara

C.P. Mandara – Dancing With Death
Monsieur Martinet is no ordinary vampire. He is a master at his craft and can control humans with the merest flick of his eyelids. The vampire huntress with the porcelain skin and flaming red hair has killed all of his brethren, without exception and he now seeks the ultimate revenge: her submission in HIS bed.

Alisa is a reader, a writer, a daydreamer, a lover, and an ice cream eater. She loves her fiction the way she loves her life – with plenty of steam.​
www.alisaeaston.com

Alisa Easton – Masked Desires
Clara had been accused of many things but daring had never been one of them. Everything changes the night she attends a masquerade ball with her best friend. Her identity hidden behind a mask, Clara is free of her inhibitions to live her wildest fantasies.

Glenda Horsfall
Born in Edinburgh, an accountant and author who likes to write romance with a bit of spice. Married to my own hero and raising four of our own.
www.GlendaHorsfall.com

Glenda Horsfall – Under Cover
Learn how the punishment for disobeying her master can be both pleasure and pain.

Gale Stanley was born in Philadelphia PA. She was the kid who always had her nose in a book, her head in the clouds, and her hands on a pad and pencil. Some things never change.
http://galestanley.net/

Gale Stanley – Optical Illusions
Once upon a time, Maggie was easy prey for a pedophile. Now she prefers fantasy to physicality. Then one enchanted evening she meets a man who tempts her beyond all reason.

Kayla Lords – The Iron Maiden
Sir and Babygirl have tested their limits before. This time, they’re taking it to whole new level – and making a new friend along the way.

Dakota Skye – Dominating Justice
Lawyer by day, sex den owner by night, witch all the time, Melinda Dubois is an expert at keeping secrets. When the thorn-in-her-side Judge Bradley Bennett becomes The Den’s newest elite client, she looks forward to playing Domme and doling out some justice of her own. As vulnerabilities are exposed and masks removed, the question becomes—who is dominating whom?

Hunter S. Jones – Fables Deux
Writer. Originally from Tennessee now living in Atlanta, GA – an Exile on Peachtree Street. I make things up and write them down. Author of the best-selling romantic series, September Stories, and some hot steamy erotica.
http://www.huntersjones.com

I was given a ARC in exchange for an honest review. I’ll give it to you straight, don’t you worry.

I really really enjoyed this compilation of stories. Centered around the theme of a masquerade, these 8 stories each did an excellent job go drawing you in and making you want. Many had BDSM themes and were so hot. My appetite was whet by the first story by CP Mandara and I find myself looking forward to the next installment of her story. Dominating Justice was so good, blending a hint of magic and a Domme who gets to switch in the in. And of course, there was a lovely appearance by Sir and Babygirl that’ll leave you wrung out and in need of a good spanking.

Wonderful compilation by a group of authors who know how to weave a good story. 4 stars out of 5.