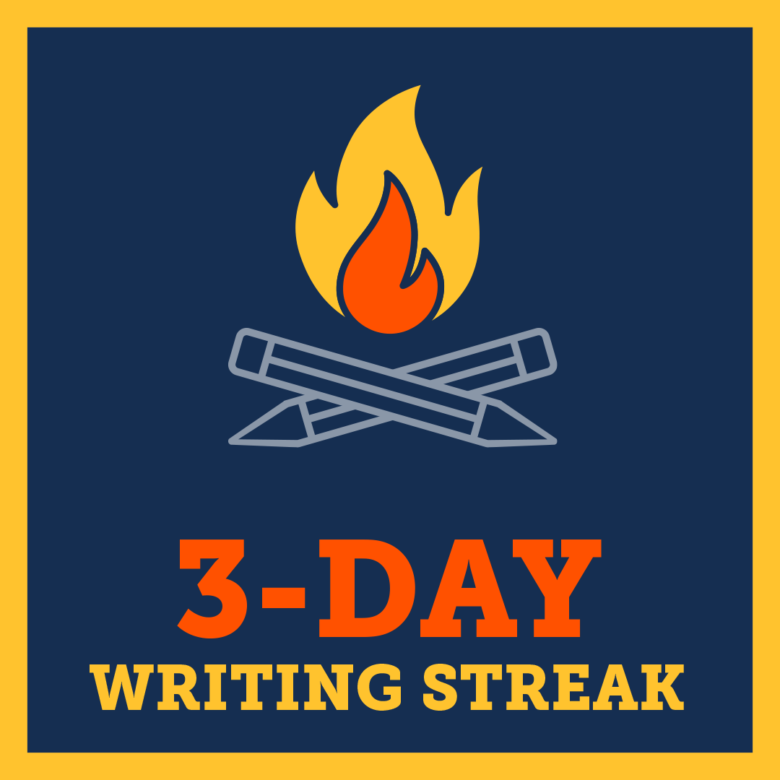 Come closer for my little tale because I can’t speak too loudly right now. Mac had us cloistered in this shitty hotel room in the middle of nowhere. He said this was to throw them off our scent, but I think it’s because he really wanted to get me alone and naked. If he really wanted to see me naked again, this hellhole certainly wasn’t the place for it.

Uh oh. Got to go. I tell Mac I’ve got girl stuff going on so I can update you. He gets weird if I take too long in the bathroom especially since being in there made my skin crawl. Wait… was that a rat under the sink?? Okay, maybe I’m all set in here.

So when Terry wondered what could be worse, she didn’t anticipate this.

‘Here’ was a rat infested motel along some highway. They were at the sort of place where the person checking you in doesn’t really take you name, only took cash, and asked very few questions. Drug deals and prostitution came to mind.

Not that Terry was picky about where she had to stay. It didn’t have to be the Hilton or Marriott, she wasn’t asking for a turn down service or a spa package. If she had her druthers, she definitely preferred to not be ravaged by bed bugs while she slept either.

The carpet may have been shag at some stage in its life, but it was so worn down it felt like walking on concrete. The double bed had a duvet on it that possessed stains of indeterminate origin and she shuddered to think what the sheets looked like. She glanced in the bathroom and wondered if she could just not shower… or pee. Ever.

How long could one go without peeing before it became a problem? Terry was prepared to test it out.

“I’m pretty sure I’m going to contract something just being in this room.”

Mac had the audacity to sigh. As though them being in this forth circle of hell was somehow her doing. She wanted to stay at the Red Roof Inn up the road. At least her chance of contracting herpes from the sheets was lower then this place.

“Look, I know this isn’t necessarily what you’re used to.”

She tried to sit on the bed and jumped back up when a spring stabbed her in the ass.

“But we need to keep a low profile so they don’t find you before we’re ready.”

“Find me before we’re ready? What the hell does that mean? My goal is for them to never find me and continue with all my bits attached to my body.”

He sighed again. “I just need a day or two to wait for my contact. There a couple of things I need to sort out and then we’ll head out again.”

Contact? Things to sort out? Terry had a sneaking suspicion Mac had no real plans to keep her in the loop. This wasn’t jiving well with her being on board the “saving Terry’s ass train.”

“Do you even have a plan? What are we waiting for exactly?”

“We are just waiting.” He said it as if that explained everything.

The man may be attractive – you didn’t hear her admit that – but he was shit at actual communication.

That wasn’t going to fly with Terry. She wasn’t a control freak, but she’d freely admit to having a physical calendar and an electronic one with every hour planned out to the minute. If you had a plan, things didn’t turn into a total shit show. If you had a plan, you didn’t end up in some drug dealer’s hotel waiting for your kidnapper’s “contact”.

The man could teach a master class on how to be non-communicative.

He crossed to the tiny coffee table and sat his bag on down. It was one of those military knapsacks with too many pockets. From it, he pulled two hand guns, a box of bullets, a small toolkit, and some oil.

Terry watched in fascination as he broken down each weapon, examining each piece for damage or necessary cleaning before reassembling them. It was a little mesmerizing to watch his hands move so deftly. She had a strange moment of envy, wishing very keenly to have those competent hands touching her.

Apparently, whatever sexual mojo had been jump started by Joe from IT, may he Rest In Peace, hadn’t died down. Since she’d met Mac all she could seem to think about was him smacking her ass and pulling her hair. God in heaven, she needed it so badly.

Mac didn’t seem to feel any of the sexy vibes she was putting off. He’d turned from his guns to a different task. Out on the desk was a disassembled old flip phone with a few SIM cards as well as batteries. He quickly put all the parts together, fired off a text and then replaced the SIM card with another before placing a call.

“I have her. We got out and are waiting in a safe place for you to contact. I’ll have to drop her in three days if I don’t hear from you.”

He disconnected and then took out the battery.

Terry had more and more questions pulling up in her head. She was trying to convince her needy cunt that getting laid wasn’t one of them. Instead she focused on more pressing questions.

“Who are you really, Mac? You’ve told me a whole lot of nothing and have asked for my trust. I’m going to need you to give me a reason to continue to do so.”

“Here to save my ass, yeah yeah yeah. I get that as you attempted to carry my naked behind out of my apartment, but what I still don’t know is why you’ve stepped in. Are you CIA? FBI? My gut tells me there’s more to this then saving a girl that witnessed a hit. We’re going to need to get a few things out on the table.”

He grunted and then pulled out and old college ruled composition notebook. It was well worn and often read through. He opened a page to somewhere in the middle of the book and beckoned her over to read.

The words didn’t make sense. More ramblings at times or doodles. She was about to ask him what it meant when she saw something at the bottom corner of the page.

“They raped and murdered her on July twenty-ninth because she went to the police. What did I do to her?”

She found herself asking that before she really meant to. Terry needed to know. She needed to know about the woman. Something in her gut told her finding out about her was important.

“Maria Isabella Perez. Twenty five years old, beautiful, and so innocent. She’d been the daughter of Sergio Perez, the owner of a tiny Italian deli over on the east side. She was in the wrong place at the wrong time and by total accident witnessed the hit of two prominent figures in the state while running errands for her father.”

Mac’s eyes closed briefly before he could speak again and Terry found herself moving closer to him.

“She wanted to do the right thing and go to the police even though her father told her to keep quiet. He knew how things worked too well. Maria was a good girl though and came forward. They put her in protective services, had her change her name. I was supposed to keep her safe. That was my job and I was the best at what I did. Except, not as good as I thought.”

He stopped again and this time she reached out to touch him. The tension running through him moved through her so much so that she practically shook with it. She wanted to take it all away, hold him from whatever pain brought that savage look into his eyes.

“I was cocky, thought the safe house was impenetrable. She was scared and I left her in the house alone. They got in and took her. It was brutal what they did to her…”

Terry wrapped her arms around him, needing to hold him. If she expected him to resist, he surprised her by laying his head on her chest.

It was obvious what happened had affected him in such a deep way. It didn’t answer all of her questions, but it did clarify one thing. Mac felt he needed to atone for someone else’s death by keeping her alive.

Well, they were in the same accord on one thing. Terry definitely didn’t want to end up like Maria.