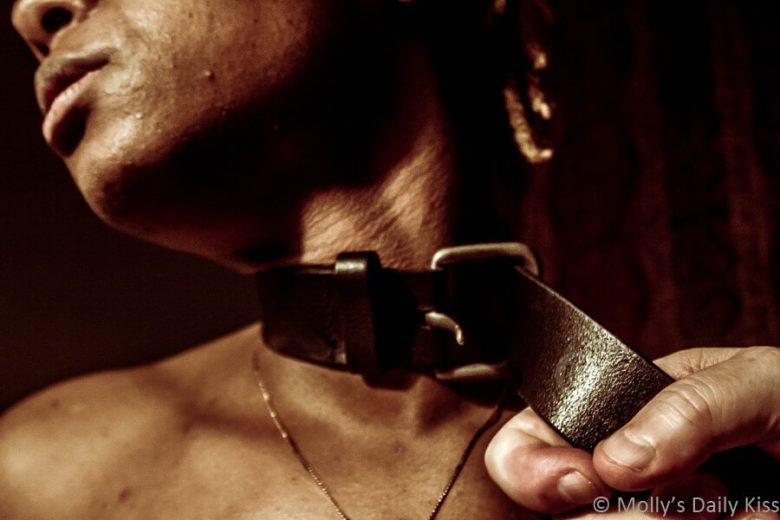 My mother always said keep your plans simple and your escape route clear. Great advice that’s kept me out of a lot of trouble in my life and career.

Admittedly, I was only really following part of that plan for this, but I had a backup if things went awry.

My mother also said pack enough protection to take down an army. Really I just needed enough to take down one man.

A copy of the morning paper sat on the passenger seat. I’d asked Sue to give me a spot in the front, but not the headline. She’d delivered.

Just to the right of the lead story sat the lure for my killer.

It was a piece about how murder had worn me down, and how the recent accusation had shaken something in me. Fear and sadness were sending me into seclusion to regroup before the trial. It had all become too much for the long time detective.

It was a fucking soap opera in print. I’d wondered if maybe it was a little too over the top, but my gut told me it was the right amount of drama to draw him out. Too good for him not to investigate especially since I’d destroyed the cameras.

I’d practically given him directions on where to find me and how to get me.

The paper came out as I was nearly to my family’s old cabin in a secluded bit of the Appalachia. It was built for being off the grid, something my pre-tech mother needed to continue on in the increasingly invasive world.

Driving toward the cabin relaxed me. I knew this was going to be hard and dangerous, but I also knew I had the advantage for once in our little dance. If I kept my head, and managed to keep my panties up, I’d come out on top.

Parking in the gravel drive, memories assailed me. The last time I spent with my mother before her murder. I tried to block out the terrible scene of her staring up at me from her bed, covered in blood. My heart started to pound in my chest as I remembered crawling to her and all that blood getting in my nightgown.

I blinked and blew out a shuddered breath. It was a lifetime ago, but felt like yesterday.

Refocusing on the faded wooden exterior, I let the good memories resurface. This place was sturdy, built for hunkering down or battle. Once I was out of the car, I circled the exterior, noting the suitable places for traps. I knew the inside from memory and already had places in mind.

That echoed in my mind as I retrieved my kit bag from the trunk. I discarded half my plans and stuck with the basics. Sometimes the best way to catch a killer was the easiest.

Three hours later, the light was starting to go. A little tremble of nerves hit me as I cleaned up dinner. I knew he knew where I was even if he hadn’t started the journey to me. He’d researched and studied me far better than I him. I’d remedied that when it was apparent he’d do anything to fuck me over.

I knew he was a criminal, but something about the way he’d framed me had hurt. No way this would end in happily ever after. Not when one person took such pleasure in the others pain. But… a small part of me believed he cared for me in some twisted way.

Daylight died away as I watched from the window. I sipped my coffee and just waited.

I knew he was close. I couldn’t tell you beyond a hunch, but I knew I’d see him soon. It thrilled me and scared me in equal parts.

I stayed up until midnight, watching the fire jump in the old fireplace. If I survived this, I promised myself I’d take a real vacation and clean this place up. Letting those happy memories die seemed stupid.

When the chill set it, I went to bed. The comforter was dusty, but the sheets were clean. I slipped into a deep sleep as soon as my head hit the pillow.

My dreams were something and nothing all at once. I could just sense him. Hands on my throat, his knife carving into my back, his cock buried impossibly deep. Sensations of him that I carried with me.

I woke with a start. Someone was in the cabin.

Sitting up slowly, I retrieved my gun from under the pillow, but left it uncocked. Listening hard, I heard the sound of crickets chittering, night birds calling, and the light tread of shoes over the floorboards.

There was no sense rushing to him. He’d come to me. He always came to me.

I sat the gun down at my hip and waited. That excitement hit me again. I’d see him in seconds. I had to tamp down the sharp arousal that accompanied that thought. My need to be used and hurt by him would have to be dealt with some other time.

I spoke the words as the door swung in. He filled the doorway, his shoulders spanning the space. I could just make out his easy smile in the low light. My cunt gave a spasm even as my brain prepared for a fight.

“I got caught in a bit of traffic and ran into some pesky distractions outside.”

Ah, he’d tripped the spikes on the concrete slabs around the back. From the disheveled looks of him, I say he ran into my webbing by the back door as well. I took a bit of satisfaction in knowing my boobytraps annoyed him if nothing else.

I always said the things I didn’t mean to. I couldn’t even keep the hurt out of my voice.

Ruin. As if fucking him wasn’t damaging enough to my career. He had to add the dead body. My anger seemed to solidify in that moment.

“I was hoping you’d come alongside me. There’s a monster lurking inside you that looks so much like mine. I want to see it.”

I shook my head. “No way. I bring down the bad guys like fuck I’ll become one.”

I don’t know what he thought he saw in me. Maybe those dark desires I kept hidden. None involved killing people. Never that.

He took a step into the room and I gripped the gun at my hip. I’d gone to bed in nothing except a thin t-shirt and could feel his eyes on me. My hard nipples gave me away, but I wasn’t giving in to that again.

“If you’ve come here thinking I’m just going spread my legs for you, you’re out of your fucking mind.”

“See what I want, take what I want. I want you, detective, and dead or alive I’ll have you.”

The way his voice changed told me his basic intentions. One of us wasn’t getting out of this cabin alive.

“You’ll have to catch me first.”

He advanced on me, but I was quicker. I rolled out of bed, ducking between his feet, and out the door. He yelled after me.

“I’m always just a step ahead, aren’t I? Always ready because I know what’s in your head and what you want.”

Cocky, son of a bitch.

He didn’t know though. As I sprinted to the kitchen, he didn’t know what I was capable of and it was time I showed him.

I ducked down into the corner, letting the darkness hide me for a moment. That same light tread entered the kitchen.

I gripped my gun and waited. He turned toward where I sat and moved closer. Just when he would’ve grabbed for me, he tripped another wire that set off a sling that sent a bag into his chest. He went down and I skirted over his body and out the door.

I could’ve killed him or trapped him, but I needed to wait. I also didn’t want to admit to myself that I liked this game and wasn’t ready to stop.

He was up and after me in mere minutes. I dashed into the woods, the sound of his footsteps loud behind me. He was furious as evidenced by the careless way he chased after me.

I darted deeper into the forest for a spell and then backtracked, making sure to stay a few steps ahead of him. It may be dark, but my memory of the forest served me well.

We were nearly back to the cabin when I slowed a little too much. I was trying to listen because things had gone a little too quiet.

He sideswiped me before I could exit the tree line, sending us both down into the detritus. I found myself on my stomach, my face pressed into the leaves. My gun had been knocked from my hand and was laying just out of reach.

He had me pinned. I really regretted going to bed with so little on because it was nothing for him to spread my legs and press his groin against me.

I was out of breath and suddenly aroused. I gritted my teeth, trying I vain to push him off of me.

“Once again you’ve been a naughty, naughty girl, detective. I’ll have to punish you far worse than the last time.”

He whispered into my ear and I seesawed between panic and desire.

I couldn’t do with more memories on my body. More signs of his ownership of me.

“No, I don’t listen to what your mouth says.”

The rattle of his belt made me tense. Oh god, would he fuck me there in the muck? Did I want him to was the bigger question.

He slipped the belt around my neck. The surprise of it made me struggle. He looped it through the buckle and pulled.

His cock slid into my cunt in one smooth thrust and I was paralyzed.

“This is what I listen to because this is what you want, naughty girl.”

What I want? My hips seemed to move of their own volition, lifting to meet his thrusts. What I want? My head tipped back as fear and arousal mingled because I knew this time he’d finished what he started those days ago.

I wasn’t sure what I wanted beyond him fucking me. I struggled to hold on to any other thought.

He came with an animalistic groan and then sank his teeth into my shoulder. I could barely breathe, but had come too many times to count.

“I’m afraid our time really has come to an end, detective.”

He pressed a kiss to the spot he’d bitten and then pulled the belt tight. This time the end really meant the end.