It had been over a week since he let me go. My back throbbed less, but I couldn’t stop myself from reaching back to touch it when I changed the bandage.

There was no time to focus on finding him as my other killer cropped back up.

“Same set up as the last two, but something a little different. Take a look.”

Mick lifted the crime scene tape so I could duck under. I grimaced as my back stretched, but hustled after him to where the body lay.

He’d left her in a park. Her face serene, but her chest and stomach torn open. He’d wanted a perfect living doll, but he couldn’t help destroying his toys.

This girl was slightly different than the others. He’d placed some sort of symbol under her eyes and on both hands. I couldn’t quite make out the little markings even under the harsh lights.

“He’s gotta be trying to tell us something.”

Mick’s frustration mirrored my own. He’d marked this girl. Why? I couldn’t sort this out. My mind was in a fucking muddle anymore lately.

A tap on my arm had me turning to a officer holding a phone.

“Detective, a call just came through.”

I grabbed the phone and made my way back to the edge of the crime scene.

It was the chief.

“You gotta come back to the department. We just got footage of the kidnapping of another girl matching the profile of the girls who have been taken.”

“Someone sent in the surveillance from a gas station. I don’t know who, but the note said you’d know what to do.”

I stopped in my tracks. Was it him? Was he trying to help me.

Back at the station, I’d watched the video five times with Mick. This was more urgent. The girl was the daughter of a prominent senator. That urgency didn’t help me figure things out any faster.

The clock was ticking and I was stuck.

Just when I was ready to call it for the night, a call came in on my personal cell. I answered it without checking the number.

“My sweet detective. Have you been well?”

It was him. Every part of me seemed to thrum at the sound of his voice.

“Get your number? The same way I got that tape. I have my ways. That’s not what’s important now. Think.”

I leaned back in my chair, my breathing too fast. After a beat or two, I closed my eyes and pictured what I knew about the cases.

They were little pieces of a puzzle floating around in my head, close to falling into place, but I couldn’t see the link.

“He likes perfect little dolls he can destroy. What was on the newest one’s face? Where have you seen it before?”

Those were the signs for the zodiac. Libra, Leo, Aries. The women were all in something with beauty. It didn’t make sense.

“The killer left symbols on her for a reason. You’re running out of time, detective.”

All the signs had something to do with beauty. They were picture perfect. It clicked.

“He’s photographed them all before. Professional. Maybe the symbols are on his business or logo or something obvious in his life.”

His hum of pleasure made my body light up a little more.

“Very good. Now where do you think he has her?”

I didn’t know. I knew it wouldn’t be obvious.

I’m not a killer. I wanted to say that, but I didn’t. It was easy to think like one though.

“He’s keeping her close. Closer than you even realize. Look into your hunches, detective. I’ll see you soon.”

“Wait.” I couldn’t swallow back the word.

I didn’t want to be parted from him. Hearing his voice… I needed his hands on me so badly.

The line disconnected and I could barely breathe.

It took me too long to get my mind and body back on line. He was so deep in my brain I couldn’t seem to think of anything else.

I needed to focus now. I had to catch this killer first before I could deal with mine. 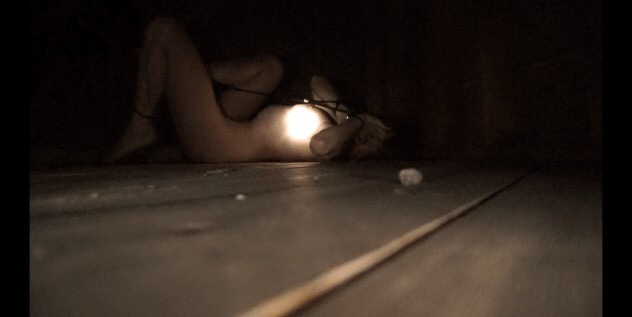