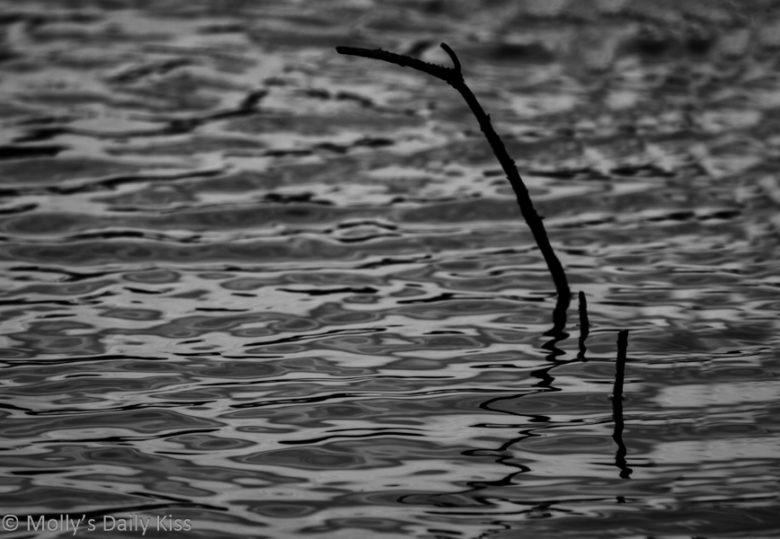 There’s something in the water.

The murky, leaf littered lake could appear serene during the daylight, but the evil lurking beneath couldn’t be truly hidden.

It’s the beauty of the place that tricks you. It’s meant to appear innocent, the trees hanging lazy over the water. It attracts people in the summer, the water inviting you to swim. You jump in, the coolness enveloping you so the heat of summer is forgotten. You may notice the brush of the pond weed, but the brush of that thing against your mind is easier to ignore.

Lore speaks of a drowned girl who changed once the lake swallowed her whole. She became a Lobasta, her laughter echoing across the land. A hag that rose from the depths to drag people to their deaths.

I don’t believe that tale. There’s something in the water, but it’s no hag.

It appeared to me the first time as a man. One that showed up in my dreams that first night after I visited the lake. It connected with me in that dreamscape, exploring my body and feeding from my mind. I’d let it in and I was powerless to escape.

I grew weak from it. The way it sucked my energy from my sleeping form left me tired to the point I started to waste away. I couldn’t keep weight on no matter how much I ate and couldn’t function.

My savior was an old woman who had encountered the monster before. I’d gone to the nearby farmers market after a particularly hard night. She’d taken one look at me and known.

I could’ve ignored her words, but the glint in her eyes told me I’d die if I didn’t. I took the gem she handed me and warded my house like she instructed me.

That night, when it appeared in my dreams, it showed in its true from. It was a grotesque being, covered in scales, it’s long body slithering toward me. Grey water dripped down in puddles around its feet. It’s maw gaped wide, sharp and black, ready to finish me off.

Whatever power was in that gem, it helped me send it away. It held part of my soul in the energy it took so I know every time it rises.

My bones tremble, they literally vibrate when that monster slithers from its resting place. I’m only aware of it because I’ve survived it. I feel the cold as it sucks the energy from another soul.

I try to warn others, but they won’t listen. Don’t go by the lake.

There’s something in the water. 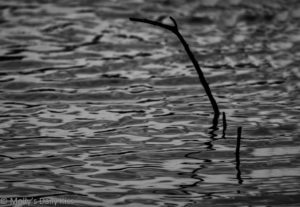