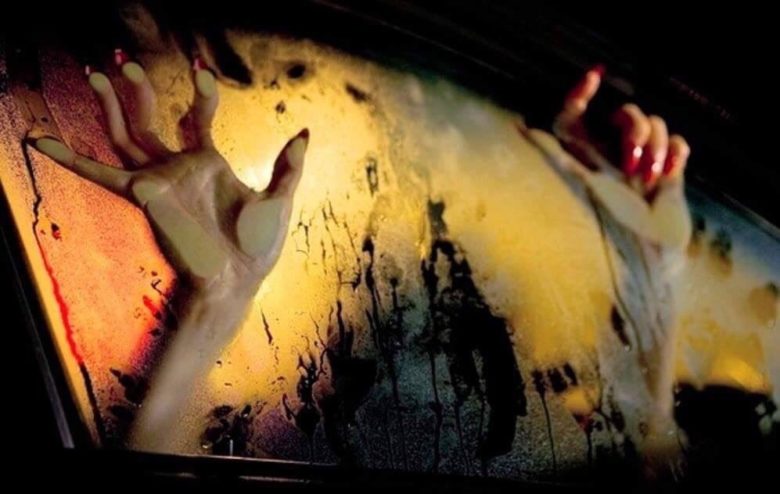 She stood on the curb, the wind playing lightly along the hem of her dress. An alert flashed on her phone, signaling the arrival of her Uber right as a large white SUV with tinted windows and chrome hubcaps pulled up.

The window lowered and she picked up her bag. A man with a pretty mouth and eyes that seemed to leer as they scanned her face, looked back at her.

Since she was the only person out there, she figured a nod was answer enough. She expected him to step out and help her put her bag in the car, but he simply gestured to the seat bedside him with a nod.

Fiona rolled her eyes and stepped up into the backseat of the Escalade. No way was she sitting any closer to him than was required.

The leather seats were cool on her bare thighs, and she wiggled back so more of her legs slid along the upholster. It always felt nice the first time her skin touched leather even with the later stickiness.

There was no sense responding to his words, she simply waited patiently while the car idled. His cellphone dinged in the next beat. He chuckled to himself as he received her destination with precise directions.

“Not the chatty type, huh?” He gave a shrug and pulled away from the curb. “I can do all the talking.”

He glanced back at her in the rear view mirror before focusing back on the road.

It was dark inside the car, the glow from the dash the only bright spot. They rode in silence, the talk radio too low to fill the strange quiet that permeated the car. She shifted in her seat, her bare legs already sticking to the seat and making her release a sigh. Why she opted to travel in this dress was beyond her, but the flirty fabric against her skin made her forget the discomfort.

The further from the airport they got, the fewer cars they passed. It was easier to relax a little as the time passed in the continued silence. She crossed her legs and ignored the flutters of discomfort in her belly. Hunger was nipping at her, but she had to wait to eat.

He turned to stare at her, his eyes glinting in the interior lights.

“You come to this city often?”

She kept her gaze trained out the window even as she felt the heat of his gaze on her. Her stomach gave a low gurgle that she ignored as well.

There was some bite in her words that she didn’t bother to curb. If it kept him from trying to engage her, than mores the better. They never took the hint though. Her unfortunate choice of flirty clothing always made that an impossibility.

“I could show you around.” His voice dropped an octave. “Pretty girl like you shouldn’t be alone in a town like this.”

She gave an undignified snort. “I’m pretty good at taking care of myself.”

He laughed and she turned her eyes away from the dark road. He’d turned back to focus on driving by then, but something about that laugh sent a shiver down her spine. A cramp stabbed through her belly, which added to the unease sifting through her.

“Every girl needs an escort and protector. Especially one as… pretty as you.”

There were implications in his tone. She sat up a little straighter in her seat, shifting her the hem of her skirt down in a vain attempt to cover herself. That discomfort intensified, her heart pumping harder and her brain sending signals. She ignored his body language and worked to calm her heart rate. The gurgle and cramp of her belly forced her to stifle a groan, nearly undoing the calm she’d just found.

She knew they were within five miles of her destination. The streetlights flashing by relaxed away the lingering tension she’d been feeling. She could make out the familiar intersection. They passed the local diner and her belly threatened to protest. The need to eat had to be satisfied soon or she’d have problems.

The stretch of road changed suddenly. Instead of the familiar houses of before, the terrain was deserted. She wasn’t sure when he’d turned off, but they were going away from where she was scheduled to be. A quick glance at her phone told her they were moving along a road that led out into the country.

She looked behind her, noting the way the lights receded as they plunged back into darkness. Testing the door handle, her suspicions about being locked in were confirmed. She gave a frustrated sigh, that tension creeping back in. She scanned the interior but couldn’t see anything handy for her to use. The nature of her trip meant she didn’t have anything useful in her carry-on either.

“Are you sure you want to do this?” Her voice was low but firm.

He didn’t respond to her query, reaching to turn the radio channel instead. The tension in the car ratcheted up as the throb of hard rock pumped through the car.

She steadied herself as the pavement ended and they began moving over a potholed dirt road. There was nothing ahead in the high beam lights of his car, and she tried to stifle the thrum of mounting nervousness. Her stomach was rumbling in earnest now, alerting her with cramps that she’d waited far too long to eat. She pressed a hand to the front of her jacket as it cramped particularly hard.

What would he try when they stopped? She tried to get a gauge on the size and strength of the man by what little she could see of him. He seemed broad, but maybe a little poochy. If he got his hands on her, he’d try to hurt her for sure.

It felt like forever before they stopped. He pulled off the dirt road into a field and killed the engine. He’d left the key turned up in the ignition so the the dash provided a little light. Silence descended again and neither moved. She was feeling a little faint, but grit her teeth against the passing weakness.

“Are you going to cooperate or will I have to tie you?”

He was staring at her, that strange glow back in his eyes. She wasn’t sure how to answer that question so she posed one of her own.

“Are you sure you want to do this?”

She asked again, holding his gaze. Challenging him.

He just smiled at her, his teeth big in the low light. “Maybe I’ll leave you untied. You’ll be so much sweeter if you fight me.”

She braced herself, not moving but daring him with her eyes. He chuckled then dove from the front seat into the back. She ducked down to the floor, curling low as he moved over her.

He was reaching for her, trying to hoist her up into the seat with him. She wasn’t ready to fight yet with how weak she felt, but her body was wound tight as she waited for the right moment. His hands snagged her hair as she tried to move from the floor to the front seat, yanking her back. She fought him then, scratching and kicking with her feet.

She gave a frustrated cry as he maneuvered her around and pressed her face against the side window. Her breath fogged up the glass, an angry growl building in her chest at being pinned.

His hand ran up the back of her dress to palm her ass. The moist heat of his mouth on her neck made her want to scream, but she tamped it down.

“You’ll regret this.” She hissed the words out between gritted teeth. “I’ll make sure of it.”

He simply laughed, his fingers crammed up between her thighs. “There isn’t much I regret right now.”

When he brushed aside her panties and plunged his fingers into her cunt, she gave a cry and squeezed her eyes shut.

“Stop.” She shoved back a little, but that only made him thrust harder.

He bit her ear hard. “Be glad I’m warming you up, baby. I’m not usually so kind.”

“Gladly.” He pressed her face into the fogged glass.

A wave of dizziness hit her as he ripped her panties away. He kicked her thighs wide, the rustling of fabric as loud as her heart beat in her ear.

She took a deep breath and let a stillness settle over her. She felt him settle against her, but all her focus was on gathering her strength.

The feel of him seeking entrance into her body spurned her into action. Before he realized what happened, she had him on his back and straddling his waist.

The shock in his face would’ve been comical if she wasn’t trembling. She growled, her stomach cramping as the need to feed rose high.

“I warned you.” Her words came out as a snarl.

She pinned him down with ease as her canines descended from her gums. The fear in his eyes fed a different kind of hunger.

Her teeth were buried in his throat before he could utter a sound. She clung to him, her naked cunt rocking on his hip as she drank him down. The need to come rivaled the razor sharp ache in her belly. She was moaning with each gulp of his blood, and coming after the third swallow.

As some of the edge abated, she had the thought that her husband wouldn’t be pleased. She wasn’t supposed to eat anyone, but perhaps he’d understand when she told him what happened.

Rising over the still body beneath her, she gave a soft sigh and licked her lips. No Uber for her next trip, she always ended up running into trouble. 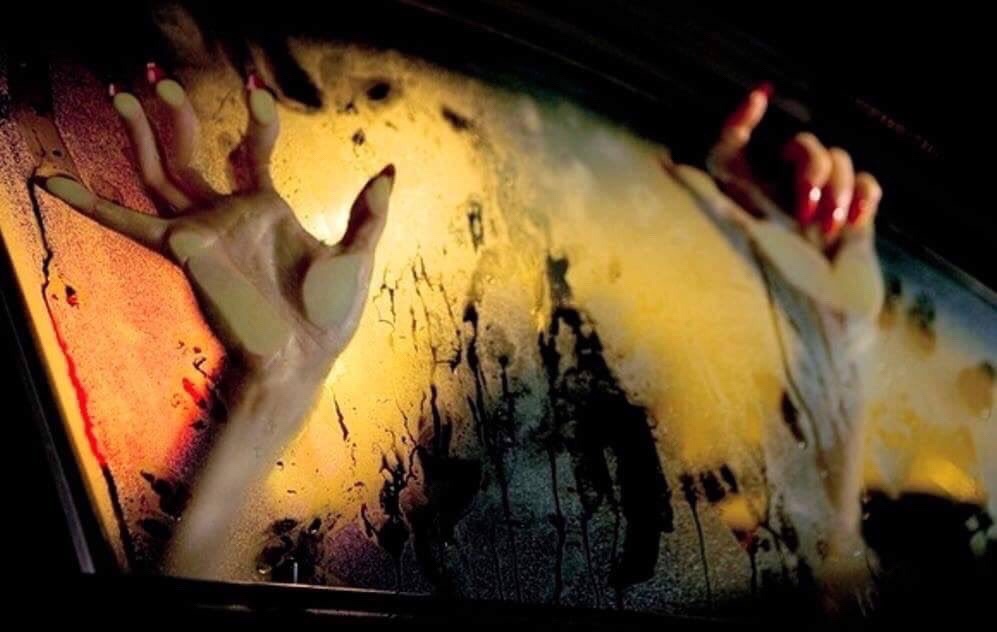 @Elizjhaynes Good luck to you. I’ve tried to do it every year for the last few years even if I don’t finish. I wish you success.

I don’t have the brain space to do NaNo this year (so I say now), but I love this thread. twitter.com/elizjhaynes/st…

The one damn story I said I’d finish writing, I haven’t yet. You had one job, Cara.