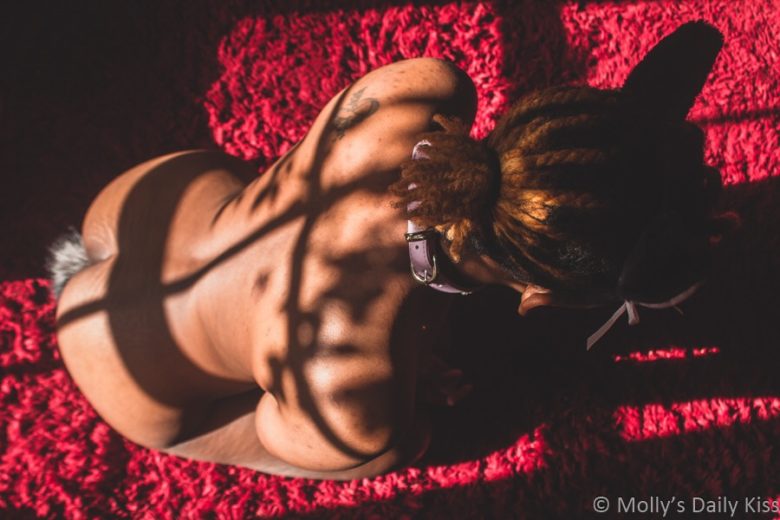 She tossed her bag down and dropped on the couch beside him. Her shirt clung to her skin and she felt hot all over.

“Sweaty. Intervals today on the treadmill.” She straightened her left leg out and gave it a shake. “Battling through with some endurance training.”

“Did anyone notice your ears and collar?”

That brightened her up a bit. “One person commented that it was cute. I took it off at the gym so I wouldn’t get it yucky. Great day to wear it out though.”

His hand settled on her thigh and swept up to her hip, she could feel the heat of his palm through her leggings. She felt gross and couldn’t stop herself from saying so even if her cunt ached from just a simple touch.

“I do enjoy a sweaty kitten though.” His hand found the edge of her leggings, her tummy twitching as he teased the skin there. “On your back.”

Her tummy did a flip at his command. She moved to her back, letting him peel her pants off so she was naked from the waist down. Her face heated at the smell of her body. It was the smell of her cunt amplified, mixing with the sweat of her body to scent the whole room.

Her whole body flushed from his praise and her arousal. He pushed her knees wide, his head lowering close to her core. Her arm flew up to cover her face as embarrassment settled over her.

“You’re not allowed to hide.” He lifted both legs and gave her a flurry of hard spanks on her ass. She squealed and squirmed, the pain spiking her arousal.

He lowered her legs and she spread them wide without being told. Her arm fell to her side and stayed there even though the urge to hide nearly overwhelmed her.

“This,” he started as he leaned forward to breathe in her smell, “is my pussy and I like the way my pussy smells.”

He leaned in closer, his eyes locked to hers as he took a long lick of her cunt. The sensation, the look in his eyes made her tremble.

He licked again and she moaned. The way he wanted her even when she felt the worst did something to her insides.

“Put your ears back on, kitten. I’m planning to have my Halloween treat and you have to look the part.” His eyes sparkled with mischief.

The moment her ears were back on he leaned in close again. “Good girl.” 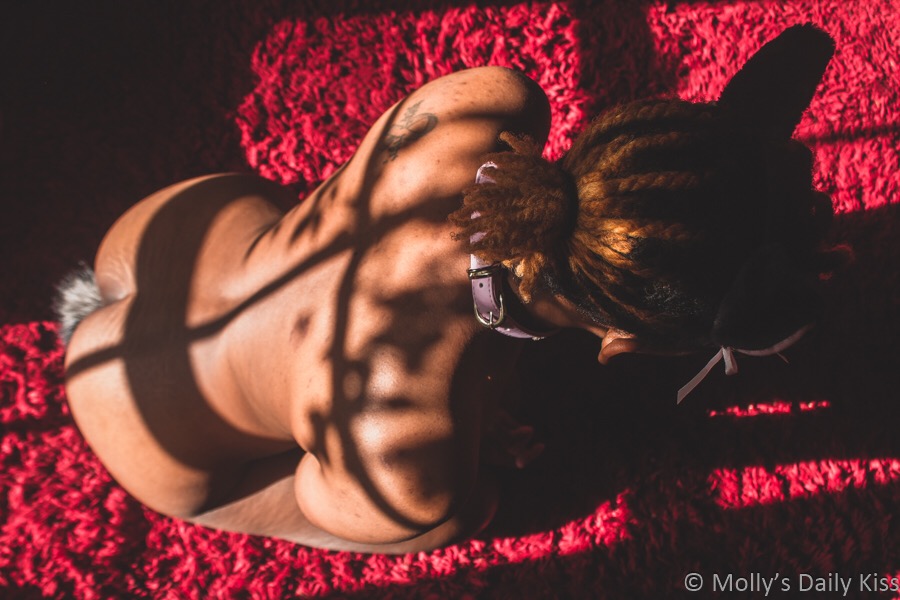