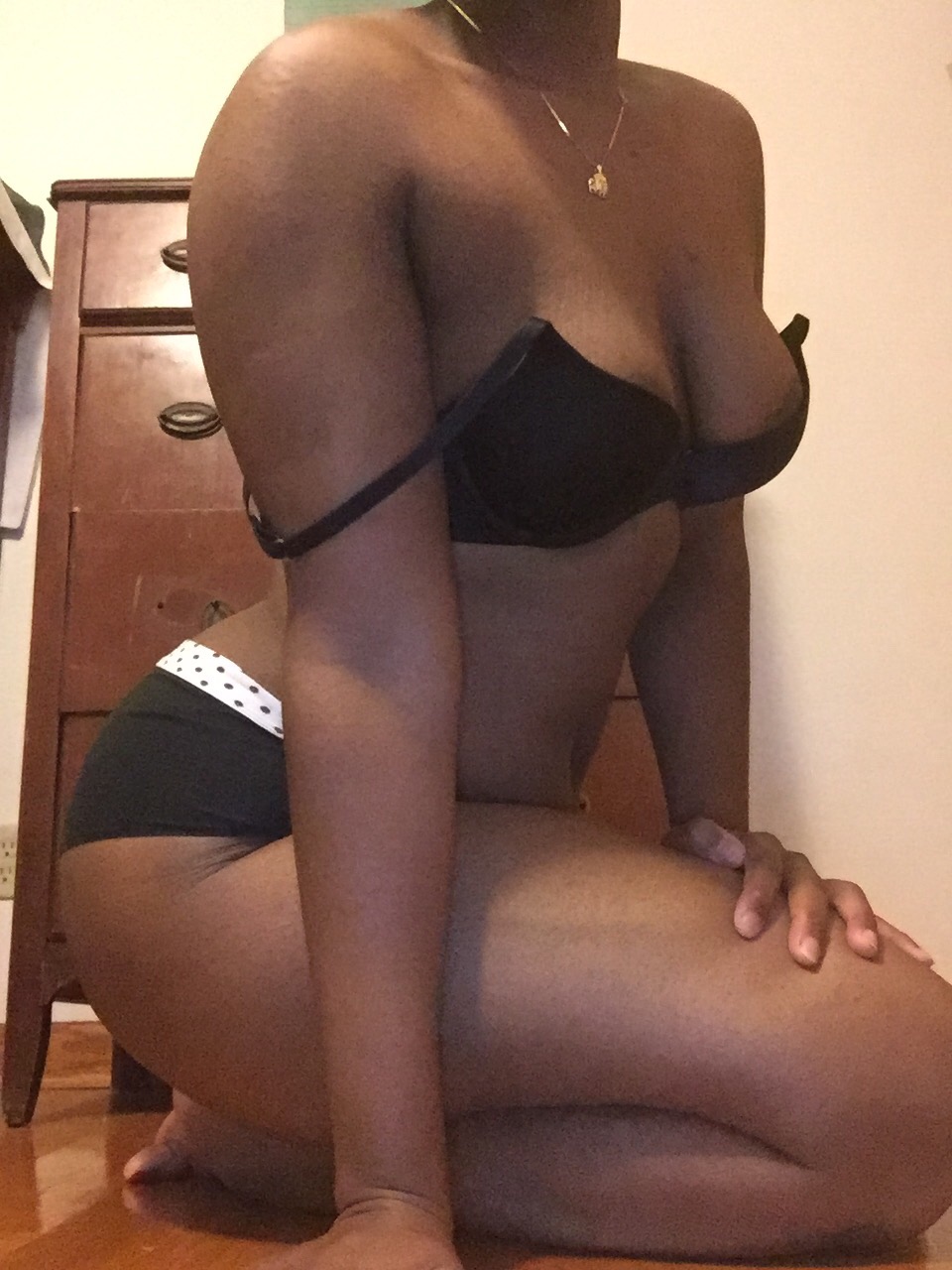 Something I started weeks ago and then decided to finish tonight.

She brushed by him as she rounded the island, and he had to fist his hands to keep from grabbing her. As it was, he couldn’t control the way his body reacted to her scent and the sway of her hips. Swear to God, she must only own tiny tanks and barely there shorts because that’s all she ever wore when he was over. So much sunkissed brown skin showing.

“Yo, Ryan. Earth to Ryan? Did you want a pizza pocket or not?”

He whipped his eyes from her ass exiting the kitchen back to the narrowed ones of his best friend. It took him a minute to get his mind back in gear before he could answer.

Gone? More like transformed into something only fucking Pat’s sister would fix. He wiped his hand down his face and leaned hard against the counter, willing his dick down. Her lingering scent was making it really hard. Literally.

“Dude, Pat, does your sister own any real fucking clothes? I swear to God she runs around the house naked.” Ryan grumbled.

Pat just shrugged. “No clue, man. I’m hardly home and when I am, she’s hanging out.”

“Too fucking right,” he grunted under his breath.

They’d been friends since grade school, and Pat’s little sister Katie had been a minor presence in the background for years. They were seniors at the local community college together and she was sixteen almost seventeen, something that should make her easy to ignore. She was almost like a sister to him, except he shouldn’t be thinking about bending his ‘almost sister’ over the kitchen table and fucking her brains out.

Over the last year she’d turned into this babe with big double Ds and the firmest ass he’d ever seen, making every visit to Pat’s a task in keeping his dick under control. Add her long dark hair and sparkling blue eyes and Ryan was in trouble.

Pat had a look on his face that made Ryan a little nervous, but it cleared as quickly as it came on. Pat shrugged and handed him a pizza pocket anyway. “She’s annoying, but harmless. Just ignore her. I do.”

Ryan made a noise that was a cross between a groan and a laugh. It was time to change the topic.

“How’s psych going? Did you get Prof Bennett to let you extend on that assignment?”

He took a big bite and pretended to listen as Pat launched in on his irritation at his psychology professor. Ryan’s mind was stalled on Katie with her perfect ass. His dick surged and he turned toward the counter under the guise of devouring his snack.

“Shit,” Pat started. “Mom just asked me to run to the store before we head back to campus. You wanna come?”

Ryan didn’t think he could move from his spot quite yet. “Nah, I’ll stay and enjoy the cable since the box is shit in my dorm.”

Pat was zooming out the door, leaving him with a mouth full of pizza pocket and a semi.

He finished his food and made his way into the living room. Maybe a couple minutes of tonight’s episode of The Walking Dead would settle him. No sense letting Mrs. T’s awesome cable go to waste.

Flipping through the channels, he found what he was looking for and settled back to watch. He’d no sooner relaxed when soft hands covered his eyes.

Katie whispered, her lips brushing his ear at the same moment her scent filled his lungs.

“Shit, Katie. Stop.” He wanted to sound stern, but the husky undertone was hard to disguise.

She uncovered his eyes, but dropped her hands to his shoulders. Her little fingers just massaged, her lips never leaving his ear.

He shook his head in denial, but she laughed.

“I love when you come over. I love feeling your eyes on my ass when I walk.”

She laughed low before taking his earlobe between her teeth to bite gently. His dick went from a semi to tenting his motherfucking jeans in a very noticeable way. He gripped his hands into tight fists, determined to behave.

He blinked, eyes unseeing, mind burning hot at the thought of her fucking some other guy. It made his gut ache with the need to stake his claim. No one else deserved to touch her.

“Don’t worry.” She stepped away from him and he bit back his protests. “I just wanted a little practice before I touched you. And it looks like my practice is about to pay off.”

“What?” He was still struggling not to lose it over thoughts of her with someone else.

She moved around to stand in front of him and he gasped. She was barely wearing anything. Her tits were spilling out of a tiny bra and her pussy was covered by a scrape of fabric that couldn’t be called panties.

Ryan felt every drop of blood he possessed rush to his dick. He thought for a second he’d passed out and was dreaming.

“Holy fuck, Katie.” He made to reach for her, but stopped himself in time. “Katie, get dressed before Pat gets back. He’ll kill me.”

She knelt at his feet, mischief in her eyes. “Don’t worry, I’ll take care of you, Ry.”

He was frozen, watching as her delicate fingers made short work of his buttons. Katie had him out of his jeans and into her hands in an instant. The cool feel of her palms on his hot flesh made his hips jerk. She smiled a pretty smile at him before opening her mouth wide and swallowing his dick to the root.

This was wrong in every way. He was going to hell, jail, and die by his best friend’s hands. He knew it, but nothing could make him push her off when she applied suction on the way back up. That mouth on him was too good to stop.

She looked up at him, her blue eyes mesmerizing. “I’ve liked you forever, Ryan James, and I’m determined to show you how much.”

“Katie.” He was begging, trying desperately to get back in control. “Listen.”

Her wink was all he got before she engulfed him again. She was good, too good, sucking happily with an expertise he’d have to discuss with her when his mind returned. Ryan felt that tingle in his balls and the base of his spine and knew if she kept it up, he’d come like a shot down her throat.

His hands had found there way into her thick hair, holding her as he fucked up into her hot mouth. Fucking that hot mouth he’d been thinking about for the last year.

“Fuck,” he grunted, releasing her hair as the need to come rushed over him. “Katie, I’m going to come.”

She simply hummed and increased her suction. He tried pulling her off, but she was as tenacious as she’d always been. She dug her nails into his hips and buried her nose into his crotch, swallowing repeatedly around him.

Ryan was emptying himself into her with a harsh cry. His hips jerked, fucking erratically into her throat with each shot. Katie swallowed everything with a relish that made his head spin. She was definitely not his almost sister in any way.

She sucked gently until he was soft and sensitive before releasing him with a happy sigh. Katie looked up at him with adoring eyes, her face soft and her lips plump and wet.

He watched her rise to her feet, far too graceful for a sixteen year old. There he was a hanging with his spent dick out and she looked sweet and sexy as ever.

“I’ll wait for you as long as you need.” She leaned down to kiss him softy on the lips. “Don’t be stupid and make me wait forever.”

Ryan watched her leave, her perfect ass bouncing, his mind so gobsmacked he couldn’t even function.

“What the fuck just happened?” He whispered to the empty room.

“Dude, come help me carry this water in.”

Ryan glanced the way Katie had gone again, contemplating what had happened and her parting words.

“Hold your fucking horses.” He called back.

Ryan had a feeling he’d be unable to keep Katie waiting long. No way he’d be able to resist her after that taste.