Just because you don’t see it 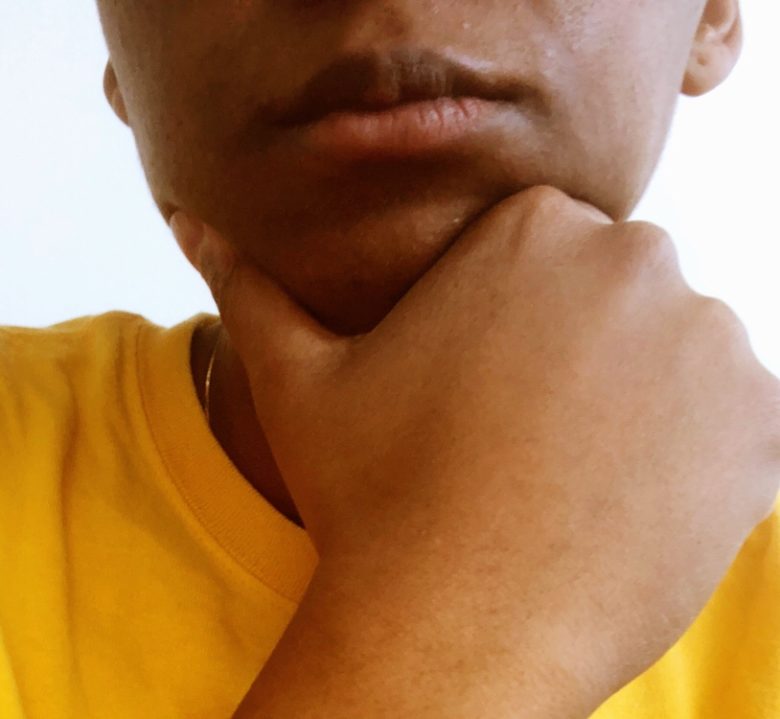 Happy MLK day. A day that is in some ways, to many people, filled with sharp meaning. But in many ways, this day is one that has had its significance, much like the man himself, changed to suit certain people’s view points.

I’ve not slept as long as I should’ve so let’s go on a journey for a bit, okay? Buckle up, buckaroos, we’re going to talk about a lot in a little bit of time.

Often, I debate the merits of discussing things like sexism/misogyny, racism/colorism, and the many   intersection of marginalization. This is a sex blog and everyone likes keeping it sexy and light. The thing is my sexuality and my race and my sex all intersect to have an effect on me.

In case anyone is confused, I am black. At 35, I’ve had so many moments where I’ve felt the full effects of that. From being ignored, being mistrusted, and being watched as I’ve walked through a store. Etc, etc.

It’s really easy to say, you “don’t see color”. A lovely concept that is dangerous because if you don’t see color, you lack the ability to see the moments when I’m discriminated against because of the color of my skin. I’ve run up against many a micro-aggression by people (just assume white, but this isn’t reserved to just those who identify as white), that they have no recollection of doing or saying because to them it wasn’t meant that way.

You don’t realize the ways your internalized racism, prejudice, and overt racist behavior hurt others. Or the racist things you’ve said or the way you have a knee jerk “not me/not all white people” reaction when someone calls you out. There is a certain degree of fear that exists when people stop being the majority. As a black person, I don’t get the luxury of fear (not fear in that way) as I’m often the minority and am forced to adjust. I’ve gone to many munches, sat in many classes rooms, lectured in many classes, and been the only black person. I find it interesting that those who are used to be the majority have zero ability to adjust, and their adjustment shifts to hatred or mistrust and behaviors that show their deep rooted prejudice that that can’t see. There’s a level of entitlement. You haven’t really lost much, but even a little less feels like a huge loss to many.

Ignoring the rampant racism, let’s focus on on the subtle things that people try to pass off as not racist. The current situation with Meghan Markle drives some of this home. She’s accomplished in her own right, but the ways they nitpick every move she makes is so telling. I’m going to be honest, and this may only make sense to anyone with an understanding of colorism, Meghan would pass. To pass is to be a black person who is mixed or light enough that if someone didn’t know your parentage, they’d believe you were white. In times gone by, Meghan would have the luxury and privilege of passing as white, avoiding the issues that come with having darker skin. I’ve said many times during this whole thing how much sexism and racism have run hog-shod over a woman who probably wouldn’t have issues otherwise. It also reinforced that to be black or different and to get ahead while you do it, brings out the worst in other people. You’re every stereotype, you’re an interloper, different, and here to ruin that age old tradition. The very same tradition you complain about otherwise.

A friend of my mother’s had audacity to tell my mother that she’d “been to England and they were so nice and she never saw any moments of racism.” When my mother said she believed racism was the exact reason Meghan had trouble, her friend said my mother didn’t know because she’d never been to England (to clarify, her friend is white). I rolled my eyes. First, my mother is in her 60s. What she may not know, experience gives her a pretty good ability to infer. Being black invites scorn. We don’t have time for the lessons and the things we say to each other (we have to work twice as hard to been seen as half as good) when others aren’t around. Secondly, though, who says “because I never experienced it, surely that doesn’t happen”? You can’t be that blind and unaware, can you? I guess you can.

MLK day, though. An important day to many beyond giving people the day off. Also a day that people like to use to bludgeon black people with. “MLK taught peace.” He taught a lot of things, but your use of his teaching isn’t for my advancement, but to keep me docile and okay with the ways you want to treat me. Don’t start a fight, wait for times to change. If I waited, I’d never get ahead.

People don’t complain so loud about their treatment unless they’re being treated badly. It’s really easy to pretend people aren’t as racist as they think. It’s also easy to think we’ve made some strides. The interesting thing about that is you see the one step forward, praise it even, and miss the five steps back. No, I’m no longer a slave, but the lack of advantages are still a thing. I find the response to equal opportunity, diverse hiring, and affirmative action telling. People don’t realize the ways they tell on themselves.

So what am I trying to say. What are the ways you react poorly when someone moves in? Search out those areas and listen to those things you may be saying that tell on you. I’d never accuse every person of racism, but it is ingrained behavior and slips out of people in surprising ways. No, don’t check your privilege, though you should be doing that too, check your racism. How you respond to this thing can change how you respond to other isms.

See how you respond to posts about racism or calls for black people to do more. Or when you see a black people protesting injustice. Or when you think someone is getting uppity. What’s your honest response to those things? Grow. This world is a shit show so to ignore the ways people are oppressed helps no one. Are we really as far along as you think? The current world events say no. People are just as racist as you don’t believe they are and people tend to rally around this idea that nice = not racist. They don’t equate.

I’m 1000 words in so I’ll wrap it up. A lot of this was born of frustration. I didn’t even cover the real meat and potatoes of US/UK racism like I meant to. Another day, another major holiday.

@NaughtyTeaOwl Not a fight I’ll win. Not worth it anyway

@Pissgums No thanks. She’s been at this longer than I have. I lack the fortitude for that

@NaughtyTeaOwl Though, I’m accused of being mean and short with her

@NaughtyTeaOwl I’m used to this. It’s probably easier than arguing to be fair.

@Big_Dave_Loac In this case, it was because I was “short” with her. Really I didn’t want to wait on something that I could get later, but she wanted to argue