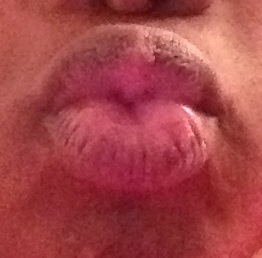 Tl;dr: I’m a little fed up, wish people would calm down, listen, and stop missing opportunities for change. Also, stop calling people trash who don’t agree. See bottom for good article and this because it’s accurate and funny.

Let me start by saying I love this community. I love, too, the strides we’re taking as women, sex bloggers, etc. We have a great voice and we have the opportunity to change how sex is viewed, how sex toys are made, and how we can have agency within sex matters. We’re awesome, no doubt.

Imma go ahead and say “we”, because singling anyone out is an impediment to progress. It also reminds us that this is a community, which then gives us all ownership. We all have a stake and separating us out doesn’t always fix anything.

I’d waffled about writing anything because I didn’t particularly want to make waves. My mentally is what does it accomplish? If the answer is nothing, then why bring it up.

I’m bringing it up because I’m fed up, and a fed up Cara isn’t good for anyone. I’ve done a lot of tongue biting lately. If I bite my tongue anymore, I’m going to bite clear through it.

For over a year, we’ve been subject to absurd levels of tomfoolery. It’s top down shenanigans. It’s government officials doing things for years only now they’re so insanely crass and out of control, I can’t go a couple hours without feeling flabbergasted. I’m daily waking up to some level of ridiculous that causes anxiety. That anxiety builds up to boiling levels and the result is crusading and rising up to protest the wrongs occurring. Let’s get things done.

I’ve noticed this ugly trend. A small thing produces this overwhelming response. We are angry! We are indignant! We are OUTRAGED! Over toilet paper, tea, and signage. 🤔

Many things deserve our outrage. Need it because a wrong that goes unacknowledged can’t be changed. My issue is the response doesn’t seem to fit the infraction. More, other people are succumbing to the mob mentality and turning what is a teaching moment into this huge, ugly thing.

I stand with narrowed eyes and a little used hashtag. #CalmTheHellDown

What does your outrage accomplish? Is it change? Or, and hear me out here, *are you cowing people into agreement*? Isn’t that the very behavior we despise in those who outrage us?

Be better. Do better.

Instead of launching a crusade outright, stop and ask yourself a few questions.

Am I silencing others?

Am I harming or jeopardizing my stance?

Respect is a funny thing. Many don’t deserve it and damn sure aren’t worthy of it, but a tentative extension of respect (and a cordial tone) may be enough to turn the tide.

The only thing going in guns blazing gets you is a bunch of dead people and others who are too leery to listen. People lose trust and then decide they no longer want to work with us. We lose in the end.

*Even if I don’t make this point again, this is the point of the whole post.

I get you don’t agree, but don’t tell me how to think:

Aah man, here’s my point that I’m going to come across as a straight bitch over.

It starts like this: Fuck you, I won’t do what you tell me (Thank you, Rage Against The Machine). Or, you can’t tell me what to think.

There’s this habit I’ve noticed. You don’t like what I have to say so you shout me down. Never mind I’m on your side, never mind I just may agree. But that little part I don’t agree on? I’m suddenly trash and bad for the movement.

Listen, I rarely bring up race. I think it, but hardly ever make it a talking point in my life. But I ask you, what is the me too movement, feminism, or the Sex blogging community doing to be inclusive to POCs and those who aren’t white/straight/the norm?

The me too movement was started by a black woman, but you’d never know it by how little representation we have. The hot takes, the outrage, the people predominately coming forward? WW. If you have the power, use it correctly.

I don’t want to diminish anyone’s voice, but I know plenty of men who are petrified to even speak up because of how they will be perceived. It’s easy to say, “who asked you, man?” But it’s important to listen.

Don’t call me trash when I disagree. I’ve had my share of terrible abuse, but I don’t claim to understand every thing either. Don’t yell over me when I voice a concern or shake my head. I’m entitled to my opinion. If I’m wrong, don’t shut me out. I’ll listen to you and see if I need to shift my thinking. If this is a community, act like you give a shit. We all have differing opinions and our present inability to listen is why we can’t change things. Stop talking over me.

Best way to turn me off? Yell and scream and shut me out.

The people we deal with may be wrong, but crucifying them has the ugly effect of sending the ugly opinion underground to fester. Until we end up with Trump as president. Could be argued we did nothing to help them reform and that madness bubbled up. They are wrong, make zero mistake, but we the liberal leaning did little to help them feel we understood their disillusion. Some things you can’t fix, but what about those we could? Should we shut them all the way down with screams and pointed remarks? And what’s the end result of that? The answer may be no and nothing. You draw your own conclusions here.

I struggle here so this is the importance of “we”. I want to ignore, but I must at least know so I can speak truth. Ignorance isn’t bliss. Many thought racism had nearly died out like whooping cough (clue: it hadn’t), but just like WC we adapted this attitude that’s since led to a resurgence. You were equipped to fight it and yet…

There have been many more opinions in recent days surrounding the direction the movements have been going in. Important discussions on consent and sexual agency.

To reiterate: no means no. Full stop. Don’t blame the victim. Full stop.

But I think it’s okay to ask question about a woman’s agency in a situation. To empower women where we can do so.

It also teaches people about playing safe. Your top/Dom asks how you’re doing, yes, but the bottom also has to speak up when it’s too much. Both parties are attuned to the other so no one gets hurt. You have a safe word for a reason. If anything, those who don’t practice could learn a thing or two about safety from the community . Take that into a sexual relationship. Negotiate those things.

We are not helpless. To say otherwise takes power away from women. The ability to be smart and have personal agency does not change. If you don’t feel you have it, strive to achieve it.

I’ve had to learn it. I know I struggle with the desire to be passive in my sexual practices. That is years of conditioning and some abuse that’s made this tough, but I’m learning. I’m also learning to be clear and in control of myself.

What do I like? What do I want? Let me tell you. If we stray from that, I’m going to make myself stand firm.

If after I regret something, I’m allowed to regret. I should use that to grow. If it was a truly bad experience, I need to examine why and use that to change what I want, who I date, and what sex can be for me.

I think we’re still trying to negotiate the nuances of sex and consent. Important talks that need to be navigated with care. If we’re cutting each other off because we don’t view something the same way, it causes halts in important conversations that give agency, teach responsibility, and facilitate community growth.

Perception is everything and no one can be right all the time, but if you’re not willing to talk, disagree, come to an understanding nothing gets done.

Let’s use this to come to a better understanding of how consent should look in sexual interactions.

God don’t like ugliness, and some of y’all are ugly to the bone right now.

Or (if God isn’t your cuppa), if your behavior makes those outside the community (and inside of it frankly) look at the community/movement as a whole and say, “maybe they aren’t worth listening to,” you’re doing this wrong. Acting like a pack of unleashed hyenas under the guise of social justice helps no one.

Careful not to shut down marginalized voices in the very movement you want to push forward. Listen a little more when the opportunity presents itself. And for crying out loud, stop being so damn heavy handed about everything. Agree to disagree where there’s room for such things. There’s enough bullshit happening without your crazy outrage clouding the air.

We are better than this. Act better then this.

*A few people have made some really good points lately that are worth noting. This post by Carsie Blanton touches on the parts, like agency, I couldn’t quite explain as well.

That’s it. I had my rant. We can fight over it later #fightme #comeatmebro, but know even if I disagree I’ll at least listen. No guarantee minds will be changed, but civil (emphasis on that word) discourse is important to the process.

Have a kiss and a fine day.