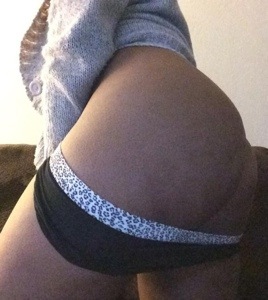 He approached her dressed in the black and gray attire of a butler. The gray vest melded perfectly to his chest and the black slacks were tailored to fit his long legs.

Stopping in front of where she perched nervously on the edge of the high backed Queen Anne chair, he executed a perfect bow before producing a tray with a small cup of tea and two fluffy scones.

“Mr Davensport, you don’t have to–”

“Yes, yes.” She wet her lips before she continued. “But you don’t need to wait on me.”

He sat the tray on the low table just to her left and knelt on the soft carpet at her feet.

“You deserve to be waited on for how much you put up with from me the rest of the year. I’m asking you to allow me to serve you for one day; your one day off.”

She wrung her fingers, unable to deny neither her attraction to him and the way him serving her made her tingle. She couldn’t deny him when he looked at her with such earnest passion in his eyes.

“Oh, all right. Just… Just until it’s time for Mass later. Then we’ll return to normal.” She gave a quick nod.

His smile transformed his face from stern to something unbelievably handsome. The urge to smooth the strands of hair from his brow were so strong that she buried her hands in the pockets of her thin brown dress. God, how was she to behave herself if he smiled at her so?

“Very good, Mistress Clara.” He held up a gloved hand when she opened her mouth to complain. “Would you care for cream on your scone or sugar in your tea?”

“Just, just one lump of sugar, please.” She was back to wringing her hands as she watched him move to the cupboard and retrieve both clotted cream and sugar.

“I know you like cream on your scone, Clara. On the rare occasion you sneak one from the cook.”

She blushed to her roots at being caught out so. “Oh dear, how did you… I’m sorry, Mr Davensport.”

The corner of his mouth quirked up. “Mistress Clara, you’re to call me Travis today.”

That made her sputter the sip of tea she’d take all over the front of his shirt. She stared in horror before shooting to her feet.

“Oh, heavens. Oh dear, where did I put the rag?” She fluttered around the room, delicate cup still clenched in her hands as she searched for the rag she kept tucked away in every room.

“Clara.” His tone stopped her dead in her tracks. “Sit down this instant.”

With a wide eyed stare, she moved back to perch on the edge of the chair. Her heart refused to settle under the hard look he continued to give her.

“Clara.” The warning was very clear, but she was far too wound up to heed it.

“But your shirt will stain, Mr Davensport!” She bounced back to her feet, which earned her a low sigh.

Before she could think, she was bottoms up over his knee, glancing at the floor. He’d managed to sit in the chair she’d vacated and topple her over in a breath. The shock of it froze her still.

It was his tossing her dress up her back that finally sent her squirming. She squealed and kicked only to find her legs pinned by one of his and an arm across her waist holding her to his knees. Her bottom was bare beneath her dress so her rosebud and quim were on display. She squeezed her cheeks in a futile attempt to hide.

“Clara, it’s apparent you don’t know how to stop and enjoy your day so I’m forced to assist you.”

And with that, his hand landed with a solid smack against her bottom. The sting followed and with it her renewed wiggling. It did nothing to deter him from continuing to spank her in earnest.

“Travis,” he replied as cool as ever, his hand blazing a path across her skin.

She gasped as he found a particularly sensitive spot. “Mr… Travis. I apologize whatever it is I’ve done.”

“Silly girl.” He sounded jovial as he swatted her harder. “You’re far too tense and it’s preventing you from letting go.”

She blinked hard against the tears blurring her eye, the pain morphing into something that made her teeter on the edge of bursting from her skin. She held it together until his hand landed hard on the spot where her puss peeped from between her thighs. Rearing up like a frightened horse, the tears exploded from her with a wretched sob. She fell back down limp across his lap as everything in her flowed out.

His hands finally slowed, tapping lightly along her sore bum as she sobbed. “That’s it, Clara girl, that’s it. Get it all out. Let Travis have it all.”

Her sobbed turned to sniffles as he caressed her back. When she was finally quiet, he lifted her so she sat cradled in his lap. She hissed, but put up no fight as he settled her against him. There was no ignoring the wetness that made her quim slippery between her thighs, but she tried.

“See?” He whispered into her hair. “Much better. Now let me service you.”

“Mr. Davens… I mean, Travis. I’m fine with tea and scones.” Her words barely rose above a whisper.

“Ssh, Clara girl.” His hand rubbed her knee before slipping up under her dress. “You need a little more than that.”