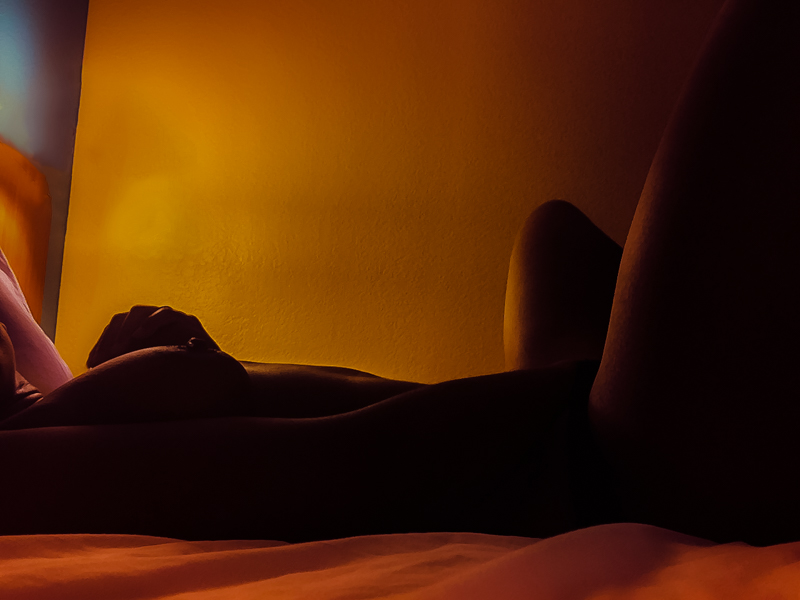 She slapped a hand over her mouth and glanced around the room. That word was naughty. When she looked back down at the checkbook, she groaned into her hand.

“Oh. No.” She slumped down into the chair as what she’d done truly dawned on her.

Her responsiblity, the one thing she was good at, was managing the finances for the house. Keeping the checkbook balanced, paying the bills, and managing the saving accounts. She was quick, efficient, and always stayed on top of things… Until today.

Too late, she realized she’d sent out a bunch of bills and over drafted the main account. Not too serious if they weren’t at the time of year where money hovered on the tight side. He was in between big projects and she was off for her usual holiday from work to regulate herself mentally.

“Fuck,” she whispered this time, at a loss for what to do.

She quickly ran through her options, but couldn’t get her thoughts to see beyond the mistake. Panic was starting to rise rapidly and with it sharp disappointment in herself. Just one job and she couldn’t manage it without making a stupid mistake, one task and she…

Her head popped up. She hadn’t even realized she’d laid it down. The recriminations had sent her spiraling before she could stop.

“Hi, Daddy.” She couldn’t muster a smile, her heart beating so wildly she worried she’d pass out.

He’d crossed the room in an instant, one hand going to her nape to steady her. “Focus on me, Kitten. I’m here, focus on me.”

It took a few minutes, but his presence anchored her and her breathing calmed. He massaged her neck and shoulders until she melted into his touch.

“Now tell me what’s wrong.” His voice was gentle.

“What makes you think something’s wrong?” She squeaked.

“That’s five with the cane, Kitten.”

She swallowed hard, considering lying so she could fix the situation, but she knew he’d find out eventually. She drooped in her seat a little as she considered how to tell him.

“Daddy…” she looked up at him. There was only caring and concern in his eyes. She took a deep breath and told the truth. “I messed up the checkbook. Bad.”

When she would’ve hid her face in her hands, her held her still with that staying hand at her nape.

His expression didn’t change much, expect for a narrowing of his eyes. “Explain.”

She did so as quickly and concisely, not sparing herself. He said very little after she stopped speaking, his mind seemingly in another place. When he focused on her again, he still had the same caring look firmly in place.

“You messed up, Kitten.”

Her whole body seemed to deflate. She’d disappointed him, she’d ruined everything and —

“But,” he continued with a squeeze at her neck to settle her, “it’s fixable. I keep extra cash for emergencies, you know.”

She felt horrible for making him use it. “I’m so sorry, I should’ve been more diligent.”

“Stop.” Her mouth shut before she could say anything else. “You’re going to be punished, Kitten. Here’s why, and I want you to listen to me closely when I say this: you’ve made a mistake, and punishment comes because of mistakes, but this punishment is just as much a reminder to stop being so hard on yourself.”
She felt tears prick her eyes as she tried to absorb his words into her soul.

“Everyone makes mistakes, big mistakes. When you mess up all you need to remember is you’re not perfect and that’s okay, but you’re still amazing at what you do. Come to me instead of letting it send you into a black hole.”

“Ah, but this spanking will help you remember that.” He prompted with a squeeze and she rose from her chair. “Go get the cane, pet.”

She retrieved the cane and returned to find him seated in her chair. The atmosphere in the room had changed, and she knew she’d not enjoy this even as it cleansed her. With a pat to his lap, she settled across and braced her hands on the floor. Her anxiety seemed to disappear as her body connected with his.

He worked her shorts down until her bottom was bare and smoothed a hand from her back down to palm her between her thighs. She lifted her hips just a little to open more to his touch.

“A hard spanking and then 10 with the cane.” He removed his hand to pat her bottom gently. “I want you to tell me throughout what you’re to remember.”

Before she could reply, he began.

She moaned softly before speaking. “I’m not perfect and that’s okay.”

Silly tears pricked again and she had to swallow around the lump in her throat. “Yes, sir.”

He spanked her hard in quick succession, barely letting her catch her breath. The normal pain came fast before she could adjust, jolting her forward and squealing. It wasn’t long before she was crying tears, overwhelmed and needing to release the pent of feelings inside of her.

“It’s okay.” She repeated over and over as her tears fell.

It wasn’t long before he stopped and began rubbing at her hot bottom. The skin seemed to throb in time to her heart beat. She felt sensitive and antsy under his touch.

He helped her to stand, guiding her between his knees.

“Nearly there. Bend over the desk for me, pet.”

Her tears fell anew as she draped herself over the smooth surface of the desk. There was no preamble this time as he barely let her lay flat before the strikes came. He didn’t draw it out, layering the sharp bite of the cane over her abused bottom one after the other.

She was a mess when he finished, sobbing into the desk, but feeling relaxed and at ease. Sitting was going to be a chore.

She wiped at her face before answering. “Because even though I messed up, I’m still good at what I do.”

“That’s right, Kitten.” His hand was between her thighs again, cupping her cunt that was alive with need. “You deserve a reward for being a good girl.”

He pushed two fingers inside, his path eased by how wet the spanking had made her. Her body made juicy sounds as he fingered her, the sound only making her hotter.

“God, Daddy,” she moaned as her hips wiggled and thrust back into his hand.

She was close, but couldn’t seem to crest the hill like she desperately needed. Her sound of frustration made him chuckle behind her.

“What do you need, Kitten? Speak up.”

“Your cock, Daddy.” She rose up on tiptoe, seeking him almost unconsciously. “Please give me your cock.”

He thrust into her and it was perfect. She was pushing back harder, tasting that shimmering edge as it gathered in her belly. The pain in her bottom as his hips smashed into her served to sharpen the pleasure. Her fingernails dug into the desk with the intensity of it.

He wrapped her hair in a tight fist, lifting her so she was flush against him. The way his lips brushed her ear nearly took her over.

“Come for me, Kitten. Come on Daddy’s cock.”

She froze, her mouth a perfect O as she spasmed around him. It was so good, the whole of the moment wanting to steal her sight and her consciousness.

He spilled inside her moments later, his loss of control only extending her climax until she did fade out a little. When she returned to full awareness, he had her in his lap, his softening cock still firmly embedded in her body.

“You’re going to take a nap, Kitten. I want you to relax and I’ll sort this out, understand?”

She was too spent to argue. “Can we snuggle for a little longer, Daddy?”

He wrapped her up tight in his arms as his answer.

You go enjoy the other offerings.