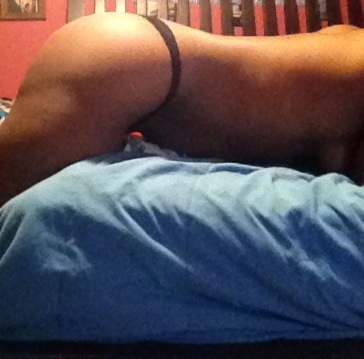 He watched her use her jumper to clean her glasses for the second time that evening. The first he let slide as they were busy with meal preparations and he could tell it was an absent minded gesture. The second time he saw her do it, he deliberately sat the cleaning cloth by her hand and caught her sheepish smile as she used it.

Do not use your clothing to clean your glasses. Full stop.

This was a rule he’d laid down, not as a way to chastise or irritate her, but as practical behavioral modification. Cleaning with clothing caused micro scratches that eventually ruined the integrity of the glass. It meant purchasing glasses far sooner than was necessary. A little care saved a lot of money.

She was due correction, but he’d wait a spell before exacting it. Again, not to irritate, but to allow space and time for thought before correction.

He was well aware of her dislike of correction when she missed up. The root of it was her own disappointment in herself and not doing what she’d been instructed to do.

“Love, go get the wooden spoon and then come sit beside me.”

The protests started immediately and he suppressed his smile.

He waited, watching with a straight face as she stomped to the kitchen, stomped back, dropped down on the couch, flailed and kicked her feet, and then leaned against him with a sigh. She sighed again, this time far more dramatically.

She flailed her legs once more and then settled more snuggly against him. “I suppose.”

“Hand me your glasses.”

She looked over at him in confusion. He lifted his brows, waiting quietly before she handed him her glasses. He held them in his hand, peering through the lenses to see the minute scratches and smudges.

“Tell me how you’re to clean your glasses?”

Her face scrunched up. “Oh poo poo. I’ve messed them up, haven’t I?”

Her eyes dropped to the spoon resting on his lap. With her eyes on the spoon, she recited the directions for keeping them clean. She grew pouty through the process, but he ignored that in favor of focusing on the words.

“So tell me why you have such trouble doing it?”

“You do a better job of it.” She shrugged. “And I always forget the bit with the paper towel. I just end up leaving prints and having to start over.”

“Hm.” He handed back her glasses. “Kneel up on the couch now.”

This time he shook his head through out her lengthy protest. She pulled down her leggings without being told, but the volume of her protests increased before he even picked up the spoon.

“Listen carefully.” He spanked her twice with the spoon before pausing to speak. “Tell me why we do this, my love?”

“Because you like hearing me whine?” He spanked her and she yowled. She pouted and huffed. “Because you care about the state of my glasses and want me to be able to care for them myself.”

He smacked her three more times until a nice red mark showed on her skin. She kicked her feet and then stood up to pull her leggings over her bum.

She came into his arms and laid her head on his chest. He loved her. When she was feisty, rebellious, pouty, and her first response was no, he still loved her. She was his wife, his sub, his world no matter how she fought. He would be disappointed if she was any other way.

They sat in silence for a moment, her head buried in his chest, her warm breath filtering through his shirt. He stroked her back and let her relax into him.

“I’d still like it better if you did it, sir.” She mumbled the words into his chest. “You always do a better job.”

He chuckled, well aware of her preferences when it came to him doing this for her.

“I’m a mean Dom making you care for your things, aren’t I?”

He rolled his eyes at her. “I love you, but you’re very ridiculous sometimes.”

She craned her neck, pursing her lips for a kiss. He obliged, kissing her long and hard.

“I suppose you’re right, my love.”

@fireandhoney Thank you! But let’s talk about your profile picture. Grrrl!

@Mollysdailykiss I’ve lost a lot of weight. Naturally, my mother thinks I’m too skinny, but I’m trying to build muscle

@_LittleSBitch You sweet woman, you.