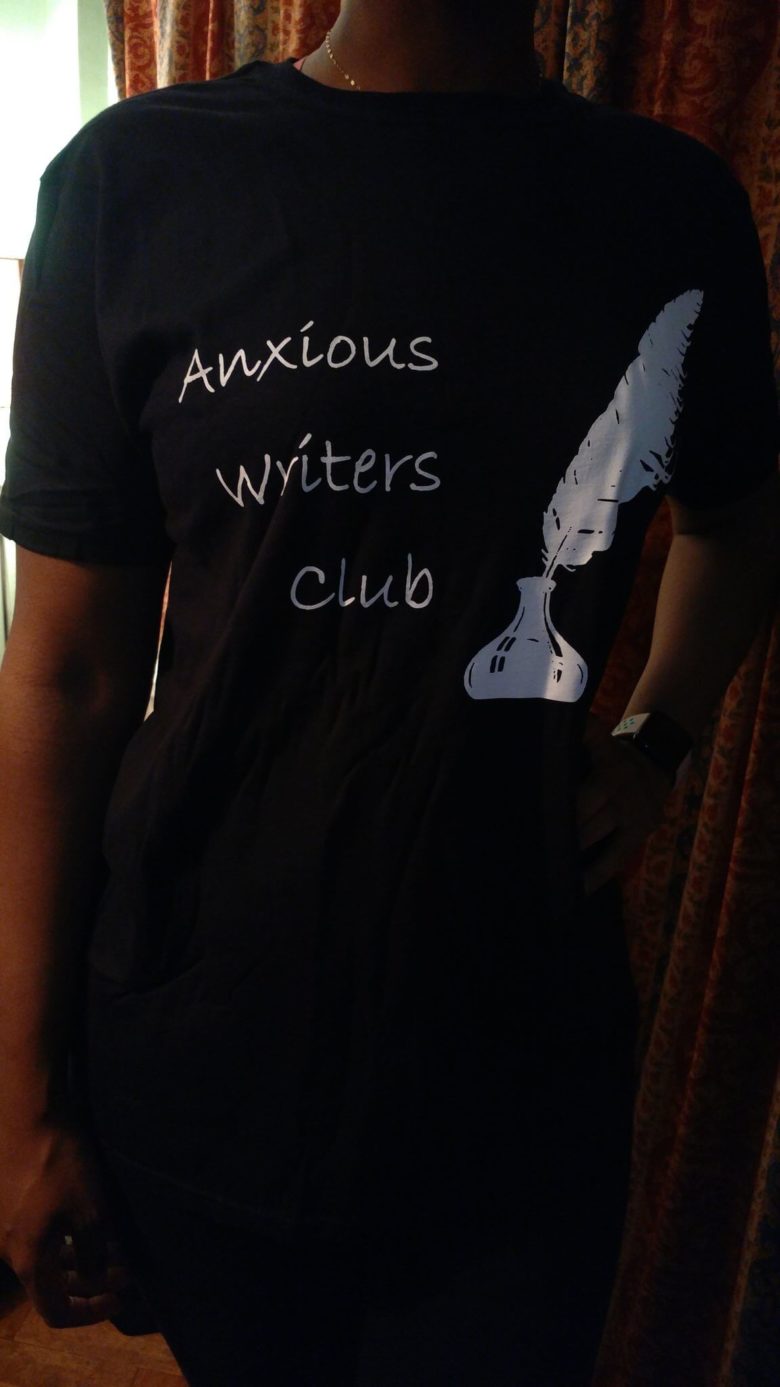 Recently, I led a session at Eroticon about being an anxious writer.

Tiny aside: If anyone is interested in purchasing an Anxious Writers Club shirt, do message me as there are plenty left

Part of being in the Anxious Writers Club was having issues with actually writing, or how anxiety can stop that process. I want to write, but my head is a mess, so what do I do?

One of the things I brought up was the fact that many of us have a ton of things in our drafts.  A post with one or two sentences in them or one with a thousand words, the point was those drafts exist and they’re a source of inspiration when we’re stuck that we aren’t utilizing.

I believe Girl on the Net brought up how we can sometimes let those drafts sit and become a scary thing to us. When we first jotted down those thoughts, they seemed fresh and like the best idea we’d ever had. Then later, when we go to look at them, they’ve become this monster. When did that idea turn scary and ugly? We may not remember what we wrote, but it still has the potential to blossom into this brilliant piece.

On more than one occasion, I’ve lamented about not having any idea what to write. Michael has then brought up the fact that I had so many drafts. I was in a bit of denial, but then I checked and realized that I indeed had around 20 drafts that fit the one sentence to thousand words profile. He has then challenged me to take some of those drafts and actually finish it. A few of my recent stories were things that had been languishing in drafts for 6 months or longer.

I thought it important to bring this up during my session and issue a challenge along with it. Welcome to the Draft Folder Challenge. For my fellow anxious writers who need just a little boost to get over the writing hump or anyone struggling for things to write on.

Something simple, with no pressure. You can use this to push yourself through the block.

Meet Me and Greet Me