Sir and Babygirl: Bound by Love

I’m all about promoting my fellow writers so I jumped alllll over the chance to hype my girl Kayla’s newest Sir and Babygirl release. Check it out! 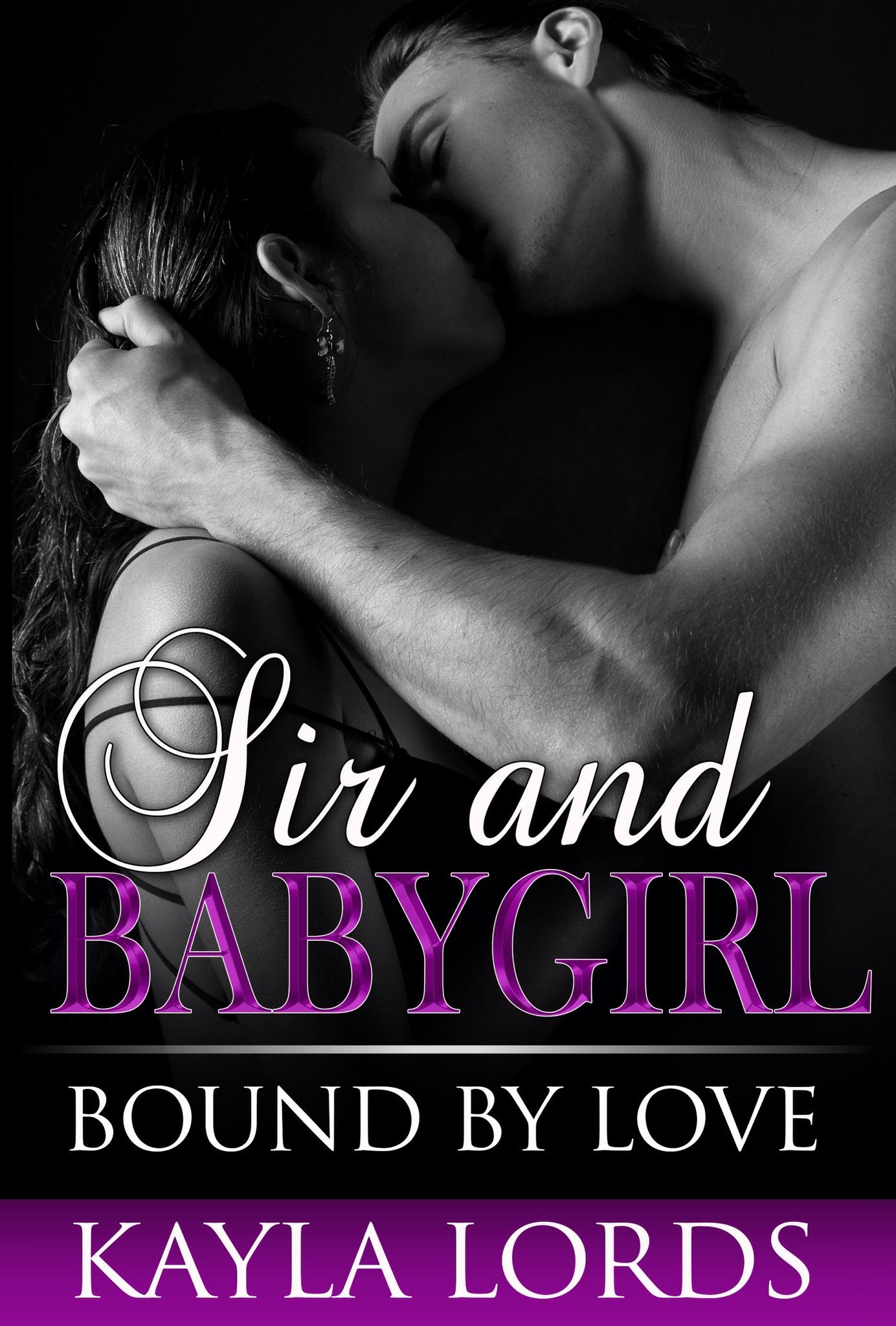 Babygirl arched her back and pointed her toes. The center of her body burned with desire. The phantom hands in her dreams became all too real as she realized Sir was the one driving her to the brink. His fingers stroked her pussy with a feather light touch. The sensations were delicate and sensuous bringing her body quickly to the brink of climax.

She spread her legs wide, granting him complete access, but she was terrified of the burn building inside of her. Her body was so sensitive that even the light touches on her clit seared her and caused her to cry out from a combination of pain and pleasure.

Her body shook as his hand mercilessly stroked her slit, harshly rubbing against her clit. He growled into her ear as she began to cry out, wordlessly. His hand moved faster than before, bringing her to the brink before –

“Come for me, girl.” His raspy whisper was hot on her ear. She threw her head back and convulsed around his hand, fluids gushing from her body in a climax that soaked her pajamas and the bed beneath her. Sir’s hand never stopped it’s movement. Now she could hear the evidence of her own desire. Wet, slurpy, squelching sounds filled the room as his fingers moved in and out of her. She felt the next orgasm building right behind the first. Wailing, she arched her back as she came again, liquid pouring out of her body.

She gasped as another wave of pleasure crashed over her. Writhing under his hand, she squealed through gritted teeth, terrified of making too much noise and more afraid of coming apart at the seams. Her hips lifted off the bed, bucking as her pussy clenched in one teeth-jarring, body-wracking orgasm. Every muscle contracted as her body convulsed. Finally spent, she collapsed into the soaked covers, breathing hard, unable to move a muscle.

“My turn.” She couldn’t miss the satisfaction in Sir’s voice.

He flipped her on her side as if she was a ragdoll. Not that I can move on my own. I’m boneless. He pulled her hips against his pelvis. Babygirl arched her back and lifted her top leg, giving him easy access to her swollen opening. In one smooth move, he entered her and began thrusting. The feel of his hips meeting her bottom made her close her eyes in sheer bliss.

“Ohhhhhhhhhhhhhh…” At this angle, he was hitting the exact perfect spot. If he kept it up, she would come again.

With one hand, he dug his fingers into her hip with enough force to leave bruises later. His other hand wound its way through her hair. Between gasps, Babygirl purred at the feel of his hands on her body.

“Eeeek!” Sir grabbed her hair and yanked her head back. Her scalp burned from the force of his grip. Her breath was restricted slightly, causing her to rasp with each thrust into her soaked pussy.

He growled deep in his throat and began to fuck her faster and faster, thrusting in and out at a blinding pace. She could feel his sweat-soaked chest against her back. She gripped the sheets in a futile attempt to brace herself. Letting go of her hair without a word, he pushed her head into the mattress, forcing her down. Tightening his grip on her hips, she cried out in pain and pleasure, knowing without a doubt she would bare his mark before they were done.

“Touch your clit, girl.” His voice was ferocious even though he ground the words out through clenched teeth in a raspy whisper.

In her current position, it wasn’t easy to get her left hand down to her clit, but she managed. The moment she touched herself, she screamed into the mattress as she exploded. She heard Sir chuckle behind her.

“Yeah, I like to feel that pussy clench around my cock. Again, girl. Don’t fucking stop.”

Although she was painfully tender, she continued to stroke herself as he ordered. Every time she climaxed around his cock, he grunted. Without a word, he yanked her head up by her hair, forcing her head back at the same painful angle.

“I’m going to fill you with my seed, girl. That’s what you want, isn’t it, little slut? You like being my fucktoy…”

With each word Sir thrust harder and faster until she felt him stiffen behind her, every muscle contracted as he groaned the last word out. She could almost swear she felt the hot jets of fluid shooting into her body. He held her in place until the end. Shuddering, he lay back against the bed, panting as if he’d just run a race. Smiling to herself, she clenched her pelvic muscles, loving the way he gasped with each contraction, milking his body for every drop of his essence.

They both lay in silence, breathing hard as they recovered from the vigorous fucking. After a moment, feeling their combined juices trickling out of her body, seeping into the crack of her ass and the sheets beneath them, Babygirl rolled over and wrapped an arm around Sir’s chest.

“Thank you, Sir. I didn’t think you had the energy for this tonight.”

“Tonight? Babygirl, it’s four in the morning, and I feel fine.” Babygirl giggled at his teasing tone.

“I think I like being woken up this way, Sir. Much better than a boring old alarm clock.”

“I’d like to think being used as my personal fucktoy is better than any other method.”

Sir looked down at her, waiting for a response, and found her drifting off. “Sleep, Babygirl. I’ll wake you up again in a few hours.”

“Mmmm, I sure hope so, Sir,” mumbled Babygirl. She sighed with pleasure and fell back asleep.

I write BDSM-themed erotica with a focus on dominance and submission (D/s). I not only want to turn my readers on, but I want them to realize that D/s is more than just a kink and isn’t scary or degrading.
A blogger, tweeter, and talker, I love interacting with my readers as much as possible!

Cara again: go buy it. Nothing to lose, sexy to gain. 🙂